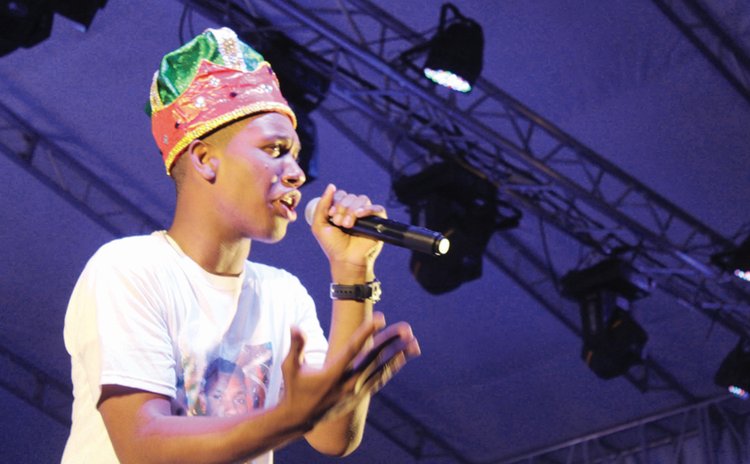 On Friday De Examiner joined celebrated names in boys and girls Calypso like Irish Kid, De Professor, Duchess, Janae and Dice by becoming monarchs before they could even vote.

Dressed in an SMA school uniform De Examiner came on stage flanked by a few Convent High Schools (CHS) girls to bring home his message about duplicity in the world today. Despite the intermittent drizzle at the Fore Court of the Windsor Park Sports Stadium there was cheering aplenty from groups of fans who came to support their schools. From the level of participation in the show, one can safely conclude that Calypso has a bright future.

Who were the other winners?

Jedan "De Jed" Jno Baptiste of the DGS with a song "School Time" penned before his death by the late Michael "Boople" Lafleur came second followed by Nakima "De Empress" Alfred of the St. Martin's Secondary School with a song "Pray for Dominica" written by former four-time Junior Calypso Monarch Sheldon "De Professor" Alfred while Lauryn "Lauryn" Charles of the Goodwill Secondary School (GSS) was next with "Maria Played Carnaval", a song was written by Charmain Charles.

It was De Examiner's third year in the Junior Calypso Monarch competition and it was great to be the Monarch.

"I thank my writer Sir Jerry Lloyd and my entire team who worked with me day in, day out heading into this competition," he said.

De Examiner said the lyrics of his song is about "people who claim to be setting examples in our lives but instead of doing so they do the total opposite. This topic was very good for me since I can fully relate because these are things that I personally go through in my life," De Examiner said.

This victory, he says, is dedicated to the young men of the SMA to say to them "they can do what they say they can". Darroux said he fully intends to defend his title next year and he will take it from there afterwards. He is urging prospective participants in Junior Calypso Monarch competition to "give it a try, be positive, it's a learning process, there are times you will feel like giving up but with positive people on your side you will succeed," he said.