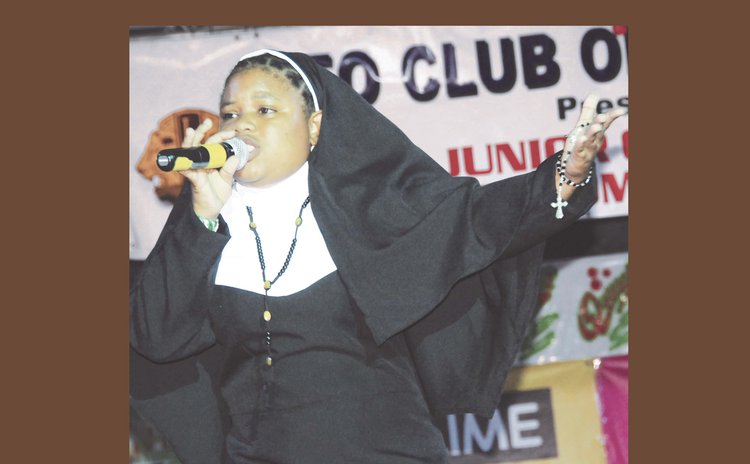 Nasheal "De Nasheal" Walsh is now in her second year in the senior Calypso Monarch competition. She first competed in 2018 but fell at the quarter finals stage.

This year her name was not called among the 12 selected from the elimination but she felt confident that she had done enough to be on the judge's list and so wrote to the Dominica Calypso Association (DCA) requesting a review of her scores. It was discovered that she came in ninth and ought to have been among the 12.

"I was on the bus going home and when I did not hear my name I started to cry because I felt that I had done my best and deserved to have made it…so I asked for my scored to be reviewed and they found an error had been made," she said.

"My Calypso sojourn started at school when a teacher came to me and said that 'I heard you can sing and put you in a competition with others to decide who would represent the school at the Junior Monarch' and I was successful and that was it from there. I never looked back."

Walsh, now 22, is a steel pan player and a member of the Girl Guides. She' also the mother of two young boys.

Walsh said that from the age of six she wrote her own songs.

"I took part in the Junior Calypso Monarch for my entire five year high school life from 2009 to 2013 and on my final year won the title with a song entitled "On the Brink" penned by Tim Durand," Walsh said.

"I am singing a song this year entitled "Death Ride" penned by Ian "Jacko" Jackson. It speaks about the issues now confronting us in the country with the young men riding indiscriminately on the scooters. Sometimes young children are the victims of those accidents. I am very comfortable with that song…I have material that can move me to the Finals. I see myself being crowned Calypso Monarch of Dominica one day," she said smiling.

Asked why Calypso, she replied: "I love Calypso. It was a way to escape from certain things which was happening to me in life. So anything which had to do with music, I was all on board. I will be putting my best foot forward even being with the top guns. I don't feel threatened at all in fact I use them as my motivation. Calypso is like a family and a wonderful thing to be a part of... Calypso is the best thing that has even happened to me. I won't give it up," she said.

Her motivators are King Dice and Tasha P. "King Dice has helped me with my articulation and has motivated me along with Tasha P. I just love them and want to thank them and others for being there for me and to my friends and as I have written I won't disappoint".