"Decency, honour, modesty, altruism, passion: these are all qualities that Austin…held in high esteem" 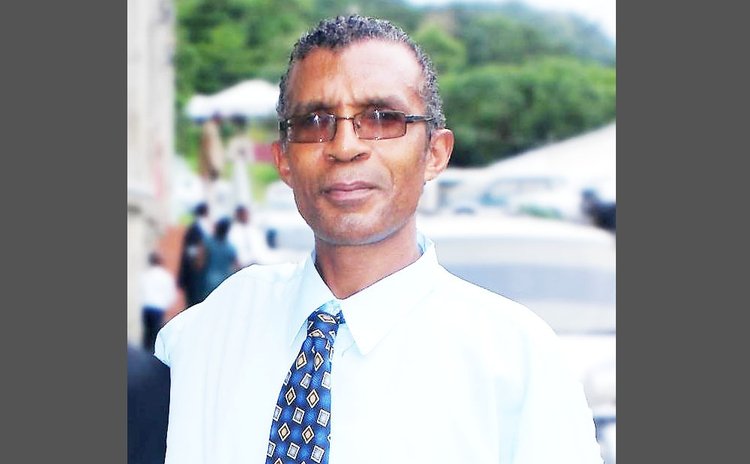 He grew up in the quaint farming community of Giraudel where from a very young age he developed a deep-rooted passion for farming and animal husbandry.

Austin attended elementary school at the Giraudel Primary School and later attended high school at the Saint Mary's Academy, where he was voted Head boy, an accomplishment that he was very proud of up to his last days.

At his coming of age, he decided to pursue higher education in Guyana, having attended the Regional Educational Programme for Animal Health Assistants (REPAHA) with the Guyana School of Agriculture (GSA). Shortly after his return to Dominica, he found work at the Ministry of Agriculture where he remained for over 30 years. Austin worked in various capacities in the Livestock Development and Veterinary Unit and Agricultural Extension Unit of the Ministry, providing services to Dominican farmers, particularly in the southern district. He was extremely passionate about his work, the agriculture sector and the farmers of Dominica.

Simultaneous to working as a technical officer in the Ministry of Agriculture, Austin was a diligent and hardworking farmer himself. Prior to his ill health, he would wake up between 4 am and 5 am every morning to attend to chickens, goats, and cows and following his return home from a hard day's work he would always ensure that he saw to his animals before winding down. To some, this may seem strenuous, and it was, but to him it was passion. Of his many agricultural pursuits as a farmer, he was most proud of his egg-producing poultry farm.

However, despite having a very busy work life, Austin was a family man. He had a great love for his mother who was the only parent he had known, given that his father passed shortly before his birth. He cherished his sisters – Olive, Mavis, Mona (deceased), and Yvonne (deceased). The apple of his eye was his wife of 29 years – Nathalie – with whom he had three children, two daughters – Kamila and Marva and one son – Austin Jr. He placed value on being a staunch provider, a role model, and shepherd for his family. He worked diligently to provide an exceptional life for them and to instil in them great values.

Notwithstanding, for Austin, it was not sufficient to only be a diligent worker and a wonderful family man, but he also took pride in giving back to his community and helping those in need. Austin was a community man. He prioritised his involvement in community life, having served as a member of Our Lady of Perpetual Help Church Committee, a Eucharistic Minister and Lay Associate in the Fatima Parish, a member of the St. Mary's Cooperative Credit Union board and in many other capacities. As a gentle soul and compassionate man, he took a vested interest in people, going above and beyond to help those in need without bias. In many ways, this may have been his finest quality.

Beyond the aforesaid, Austin embodied many other passions. Having grown up during a very volatile period internationally and nationally, he took great interest in politics and world affairs. He would spend hours discussing national political matters and world developments. He shed tears following the sudden passing of some of Dominica's greatest leaders.

Austin was an adventurer. He never passed up an opportunity to travel the world which led him to visit numerous countries. He loved the outdoors. Other than farming, some of his favourite activities included hiking and swimming.

Decency, honour, modesty, altruism, and passion: are all qualities that Austin not only held in high esteem but practiced every day during his time on this earth.

Even in his time of illness, he continued to maintain high spirits and even in the most subtle ways: his cheeky smile, a wink, a nod, demonstrated gratitude for those around him and his life.

Indeed, he was an incredible person whose memory will forever stay etched in our minds.

It is difficult to imagine life with Austin not being around. Nonetheless, we thank God for having blessed us with the privilege of him being part of our lives, and we pray that his gentle soul rests in peace.