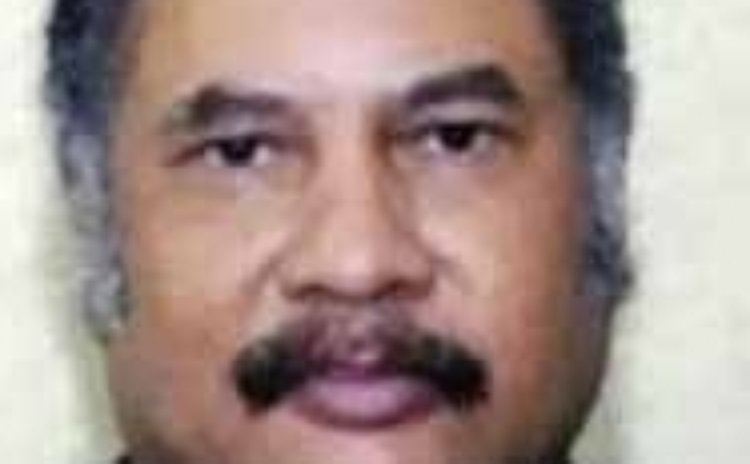 Attorney General Levi Peter has announced that Guyanese Kirt DeFreitas OBE QC who was scheduled to take up the post of Director of Public Prosecutions (DPP) of Dominica in November has now declined the post citing "mischievous and untrue statements made about him."

At a press conference this morning, Peter, who also holds the post of DPP in a temporary capacity, expressed his disappointment at this latest saga and said the Government now has a task of finding another person to fill that role since he has indicated that he won't be holding on to both positions. Peter's instrument of appointment ends on 31 October 2013.

Peter said in a written statement that DeFreitas called comments about him from bloggers "dirty and mischief making."

"I am subjected to negative and untrue remarks even before I take up the post of DPP in Dominica all the decisions that I have taken over the years in all the countries I have served have been fair and in accordance with the evidence presented in police files before me. I could not and would not take any decision which is not supported by the evidence it is unfortunate that some persons are prejudging what my decisions would be on matters in Dominica, even before I have taken up that appointment. This does not argue well for the administration of justice and it's for that reason that I have decided to withdraw from the appointment of the post of DPP," the Attorney General said that DeFreitas wrote.

DeFreitas said had this been an appointment for any other post he would have simply ignored them for what they are- untrue, unfounded and malicious. "It is unfortunate that some persons have already started to prejudge what my decisions should be on matters in Dominica even before I have taken up appointment," DeFreitas said.

"This does not auger well for the administration of justice, and it is for that reason that I have decided to withdraw from the appointment to the post of DPP.

"Had this been an appointment to any other post, I would simply have ignored these comments for what they are - untrue, unfounded and malicious/scurrilous.

"However, because the decision to prosecute must be judiciously exercised, I am unable to overlook the publications as they seek to impugn my integrity and my fair and impartial decision making, even before I have taken up office.

"That would not be a good way for me to start service as the country's DPP," DeFreitas said.

He is the second Guyanese lawyer to turn down the post of DPP here as the government's search began following the retirement of Gene Pestaina.

Early in 2013 Paula Gilford was offered that position but she withdrew allegedly over the details of her contract.

As a result of another search, the name of the current Chief Magistrate Eveline Baptiste came up in June but apparently DeFreitas was chosen. Julian Prevost held the post of Acting DPP for a few months while Pestaina was on pre-retirement leave.