DEF's open letter to Kertist Augustus on his branding Employers as "Exploiters!" 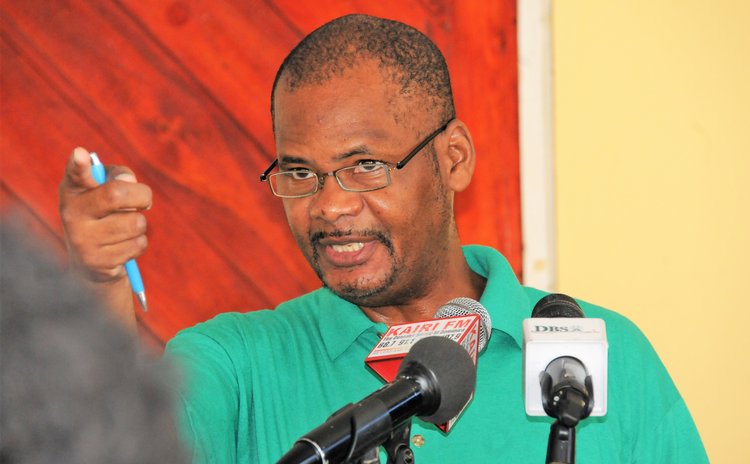 At a May 7, 2018 May Day Rally organised by the Waterfront & Allied Workers' Union you, in your capacity as Secretary/Treasurer of said trade union, published a certain statement, "There appears to be a posture of exploitation of redundancy by some prominent employers in Dominica. The provisions of the law have been set aside in one case, for whereas the law provides for six weeks lay-off, that employer has issued to his staff six months notice of lay-off." You did not limit your publication to the confines of the facility and audience where the rally was held. Following your verbal publication, you gave copies of your written address to the press for print and radio publication to the world. DBS Radio aired excerpts of your address on the morning of Tuesday 8th instant. Parts of your address were put in print on Tuesday May 8, 2018 on DNO under the caption "Employers using Maria to exploit Workers, Labour Ministry silent says WAWU." Paragraph one of the print publication on DNO read, "Some employers in Dominica are using the passage of Hurricane Maria to exploit workers while the Ministry of Labour remains silent, Secretary-Treasurer of the Waterfront & Allied Workers' Union Kertiste Augustus has said."

The said published reaction from the Dominica Employers' Federation, DEF, issued an open challenge to you to make the law on lay-off available to employers in Dominica since the Dominica Employers' Federation does not know of the existence of a law setting a limit to lay-off duration. The DEF reaction also stated, "I will go further to say that no such law exists in the Commonwealth of Dominica, and any attempt to make the text of the law say so, is clearly a misreading of the construction and intent of the law. There is no statutory upper limit on the duration of lay-off."

Today is May 30, 2018 and, to date, you have not presented any law setting a limit of six weeks to the duration of lay-off. You have similarly not attempted to make necessary corrections to your publication on May Day and thereafter. You purported to justify your statements by reference to a section of law which does not address a maximum limit to lay-off. Since therefore, your conclusion that employers are "Exploiters", was and still is based on your careless reference to a law which employers have "set aside"; a law which does not exist; a law you cannot present, even after a public challenge tabled by the DEF; and since the several publications of your May Day address have lowered the esteem of employers in the minds of the ordinary man, the Dominica Employers' Federation demands an unconditional retraction of the whole or defamatory parts of your May Day address with immediate effect. Such unconditional retraction must similarly be published in the manner in which your address was published, and must be done by midnight June 6th, 2018. The DEF reserves the right to litigate this matter.