Degallarie to be retried for murder 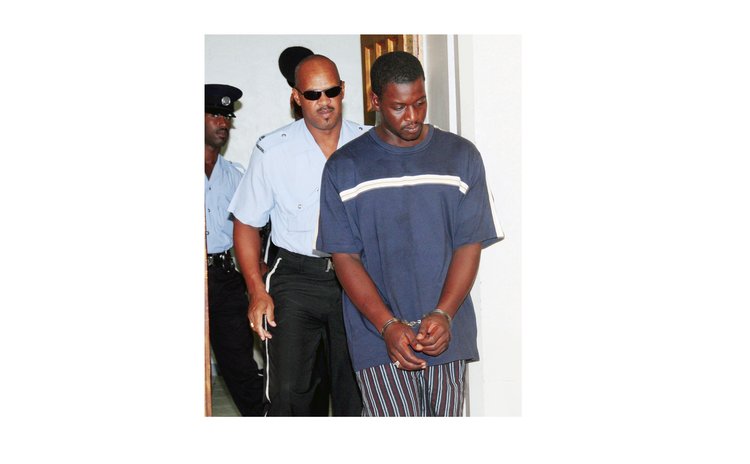 Police officers lead Dagallaire out of court after being charged

Thirty-two year old Shane Degallarie will have to go through another trial for the stabbing death of 19-year old Justin Julian Joseph of Fond Cole in Pottersville on Friday April 23, 2010. The Court of Appeal judges Gertel Thom, Madam Louise Esther Blenman and Tyrone Chong, QC ruled that the first trial in 2013 was a mistrial.

"We are of the view that the appellant's conviction of murder must be quashed because the learned trial judge misdirected the jury on self defence as put out by Mr Degallarie," stated Justice Thom. "The appeal is upheld."

In ordering the retrial, the Court of Appeal judges noted that the court had to take into account a few basic principles like the interest of the public being served, the interest of the community, and the family of the victim because it was a serious crime.

Lawyers Zena Moore Dyer along with Gina Dyer Munro represented Degallarie at the Court of Appeal sitting held at the House of Assembly in Roseau on Monday June 15, 2015.

There was the issue of being able to defend one's self when threatened; and there was misdirection to the jury regarding the pathologist evidence as it related to the stabbing being in the back or front of the victim; that the learned judge had erred in law that the alleged threat made by the accused denied the accused his right of self defence; and that the accused had not given sworn evidence; and that the trial judge had misdirected or failed to direct the jury as to the ingredients of the charge of murder – thus creating confusion in the minds of members of the jury.

State attorneys Sherma Dalrymple and Fernillia Felix were respondents. In her submissions on behalf of the state, Dalrymple conceded point after point raised by Dyer, and in the end agreeing that the appeal should be upheld. Justice Thom did not think that Dalrymple needed to go to points 7 and 8 at that stage, deciding right then to call a mistrial.

A question to Dyer elicited the principled response of the seriousness of the offence, the interest of justice and fairness to the accused, but Dyer wanted a total acquittal of the charge.

But the Justices ordered a retrial in the interest of justice and it was the capital offence of murder. There could be no prejudice or unfairness to the accused in a retrial, and they also had to weigh the public's interest.

Meanwhile, the Court of Appeal adjourned the hearing of the appeal against the murder conviction of Sherman Randolph Webb to September.

Webb of Kings Hill is serving a life sentence in prison for the murder of Barbadian Corey Rohan Poleon at River Claire in the heights of Elmshall on Thursday, March 18, 2010.