Delia Cuffy-Weekes: Let Us Be Proud of Our Culture 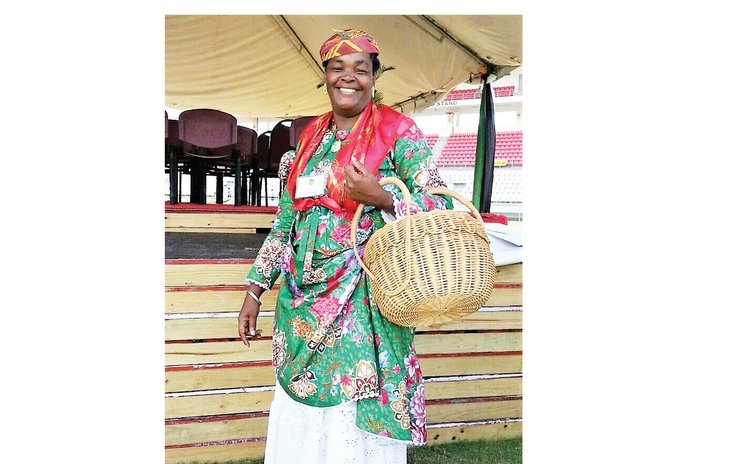 Born in Grand Bay, Dominica's cultural capital, Delia Cuffy-Weekes has become one of the country's stalwarts in preserving and promoting the island's traditions.

Cuffy-Weekes told The Sun her introduction to Dominica's Creole heritage came at an early age.

"I was immersed in the culture without even realizing what was going on. My paternal grandmother was the village organizer so all concerts and village feasts and so on she was one of the main organizers. And that was just what you did. You were part of the community, you took part in the different things that were happening without a thought," she said.

When Cuffy-Weekes moved from Grand Bay she had a multitude of different cultural experiences and took it upon herself to associate with people of a similar mindset. Discovering the depth of Dominica's culture unleashed a thirst to find out all she could about her country's heritage.

Delia is a founding member of the Roseau Cultural Group, worked alongside Alwyn Bully in the People's Action Theatre, is a member of La Konmité pou Etid Kwéyòl (KEK), the Dominica National Council of Women, and the Dominica Association of Persons with Disabilities… just a few on a very, very long list. As she said: "I assist different groups at different levels because it's all about community for me."

Her mission to promote Dominica's culture means regularly interacting with the youth who are tasked with carrying the heritage forward. She says Dominican youth are very interested in the traditions, especially during the creole season, but social media poses a challenge.

This cultural enthusiast says the older generation needs to embrace the innovation and creativity of the youth.

"Some of us, the older, cultural people can be a bit intolerant and we do not want to allow much space for the creativity of our young people and so sometimes that can be a turn-off," she said. "There is nothing saying you cannot make a marriage of the old and the young, for example dancing the traditional dances on our local popular music."

Culture is not static and evolution is a must. She warns the public to do their research on all aspects of the country's culture in order to promote and preserve it accurately.

"It is very dynamic. The various people and different things in your environment will have an impact on the culture that you have," she said. "If you look, for example at the creole language, our creole is changing over time."

One of the biggest obstacles Cuffy-Weekes faces on her journey of promoting Dominica's heritage is people who don't care to know.

"If there is no genuine interest then you are wasting your time… In passing on the different aspects of our culture we have to ensure we are speaking from a place where we can reach our intended audience," she said.

Dominica is fast approaching the peak of its creole season with a difference due to the pandemic. Cuffy-Weekes believes the creole culture should be lived out 365 days a year with more wide-scale donning of the national wear.

Another suggestion is the development of a national language policy.

"We are already making good strides with creole but I would really like to see more of that being done to the point that maybe we can soon work on having a national language policy so that creole can be accepted as a national official language," Cuffy-Weeks said.

Dominica's 43rd anniversary of independence is being celebrated under the theme: "United in Purpose, Our Health, Our Heritage, Our Future".

Cuffy-Weekes's advice to her countrymen: learn to be proud of who you are and never feel you are less than.