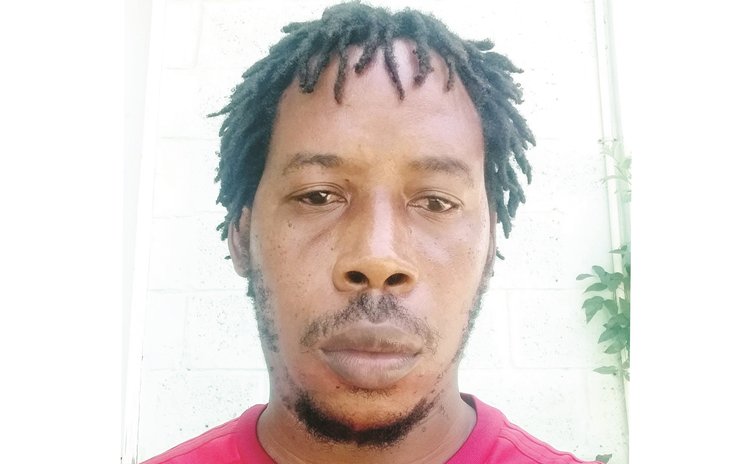 He's an advocate for youth development, for victims of abuse, for literary works but an agriculturist at heart.

Delroy Nesta Williams was born and raised in Bath Estate but his name has become a household one nationally.

"Just a Dominican trying to do some good," is how he describes himself.

He's a Dominican trying to make a difference because of negative influences and negative avenues available to youth.

His desire to do good unto others is attributed to his mom,

"My mother was always involved in church groups or some other activity," he said.

Delroy has been a leading figure in numerous groups starting at the community level, moving on to the national level, and right now "it feels like second nature for Delroy to be involved in a group."

There's the Key Club, Bath Estate Development Committee, National Association of Youth in Agriculture (NAYA), and the National Youth Council (NYC) -where he was president for four years - are just some of the organizations he was involved in.

This Dominica Grammar School old boy's love for agriculture is a result of his stint at the Clifton Dupigny Community College technical wing.

"I didn't realize agriculture had so much to it, the maths the science, etc. But at the end I still excelled at it and got a scholarship to study," he said.

He believes agriculture is key and young people should show more interest.

"I think the disinterest is short-sightedness," he said. "I think we did not look enough at diversification. Dominica is well suited to take advantage of that."

Delroy is a talented writer. His work received national recognition during the reunion celebrations in 2008. But he was writing long before that. "A closet poet" is how he put it.

He remembers participating in the open mic session of the Literary Arts Festival.

"The feedback was so overwhelming, I decided 'you know what? I'm going to focus on my writing'," Williams said

As president of NYC, he attended workshops and meetings in a bid to get youth more involved in the art form.

Despite his busy schedule he always made time to advocate on social issues such as child abuse. His dedication to seeing a reduction in this societal ill led him to co-found the movement Lévé Domnik.

"Lévé Domnik, sort of just fell on my lap," he said.

He recalled reading about Life in Leggings (a Caribbean social media movement on gender-based violence) and figured something similar should be done in Dominica. He contacted a fellow advocate Kadijah Moore and together they ran with the idea.

This advocacy was extremely helpful to young people. Unfortunately, Hurricane Maria curtailed the activities but they are looking to resume the online vibrancy of this movement.

"Our mantra was to take you from survivor to thriving," Williams said.

Williams urges Dominicans to become more involved in shedding light on social issues. He laments that advocacy for these matters is not as widespread as before.

Presently Delroy is focused on agriculture and writing but helps with two main projects.

"The Shoebox Project, we assist young people going to high school and primary school with snacks, books, and uniform," a project, he said, that is implemented by the Welfare Division and "Then we have this one that Gloria Walsh is responsible for, the Love One Teach One Foundation."

The current project is furnishing a library in Silver Lake.

Delroy believes youth are not the future, but the present, and says all should be done to support them. He advises young people to build a platform to let their voices be heard and get the needed assistance to build themselves, their community, and their country.