Crispin Gregoire, the former Ambassador to the United Nations, wants the opposition to demand answers from government on the latest accusation of Dominica being a rogue state 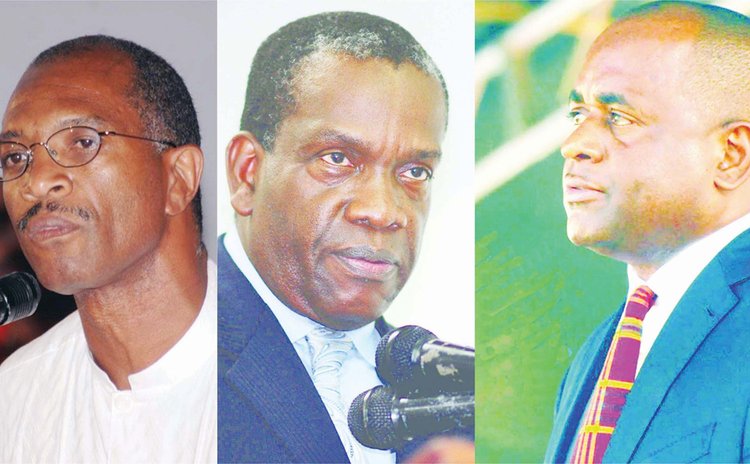 "It's turning out to be a rogue state on the international scene."

That's the reaction of international relations expert Crispin Gregoire to the latest scandal emerging out of Africa, which involves Dominica.

At issue is a "murky" contract awarded to Frontier Healthcare Services Limited (FHSL), which was incorporated in Ghana on 21July, 2020, just over a month before Ghana's border reopened after five months of closure due to COVID-19, according to GhanaWeb, which describes itself as Ghana's first vertical portal, content curation and syndication website.

The FHSL contract allows the company to test passengers for COVID-19 on arrival at Kotoka International Airport at the "exorbitant" cost of $150, in a country where more than half the population earn the equivalent of about US$800 a month. Test results are available "in just 12 minutes", FHSL says on its website.

But what has really "set tongues wagging", according to GhanaWeb - a privately-owned and portal registered in, and operates under the laws of the Netherlands - is the fact that FHSL is believed to be owned by Nigerian billionaire, Benedict Peters, who is wanted in his homeland by the Economic and Financial Crimes Commission (EFCC) "in connection with a case of criminal conspiracy , diversion of funds and money laundering". In addition, it's "linked to a company incorporated in the notorious offshore tax haven of Dominica," GhanaWeb reports.

According to the portal, documents from the registrar-general reveal that FHSL is owned by another Ghanaian company, Healthcare Solution Services Limited (HSSL), which was incorporated on 3 June, 2020, and which is itself wholly owned the Peters Family Company Ltd, incorporated in Dominica.

"It's just a never-ending cast of characters that just keep growing and growing and there's no stop to it," Gregoire told The Sun when told of this revelation.

According to Ghana's Whatsup News, a digital-only newspaper which distribute content mainly on social media, the Peters Family Company Limited is "the ultimate owner of the two front companies used to hide" those who are truly behind the COVID-19 testing at the airport.

Peters faces allegations of corruption, criminal conspiracy, bribery, diversion of funds and money laundering and has been on self-imposed exile in Ghana since 2018. The EFCC had seized several UK properties and bank accounts worth billions of dollars belonging to Peters. However, in 2018, a high court in Nigeria ordered Peters to be removed from the wanted list on a technicality and the properties be returned to him.

The billionaire, whose alleged crimes include bribery to politicians to the tune of US$115 million in the 2015 general election, also has links to the infamous former Nigerian petroleum minister, Diezani Alison-Maudeke. The EFCC alleged in 2017 that he had committed several offences together Alison-Maudeke, who is still wanted in Nigeria but is currently held up in the UK where she is facing corruption charges.

Back in December, 2015, it was revealed that the prime minister, Roosevelt Skerrit, had given Alison-Madueke a diplomatic passport and appointed her trade commissioner. In an attempt to douse the firestorm that erupted over the revelation, Skerrit issued a statement claiming - contrary to available evidence - that the disgraced minister was "in good standing in Nigeria and United Kingdom" when they first met in May of that year.

The former minister had been investigated at home for "several shady deals" and was indicted by the house of representatives over a fuel subsidy scandal in which "billions of dollars" had gone missing while she was petroleum resources minister.

The most infamous case involved $20billion that went missing in 2014. She was also investigated by the Nigerian senate on allegation she paid N30.9 billion (approximately US$155 million) to contractors while she held office as transportation minister, and in 2009 the senate indicted and recommended her prosecution for allegedly transferring N1.2 billion (approximately US$6 million) into a private account of a toll company without due process.

Skerrit had indicated back in 2015 that Alison-Madueke's diplomatic passport and appointment had been revoked, although, as recently as June of this year, various online media in Nigeria still contended that she remained a Dominican diplomat.

"For some reason Dominica is attracted [to] all of these nefarious characters and, you know, with questionable background. So they have shell companies registered, they have passports from Dominica, and some even have diplomatic passports," Gregoire complained.

The extent of Peters' involvement here could become clearer if the EFCC is successful in getting Alison-Maudeke to appear in a hearing scheduled for next month.

"In July this year, we went to court to hear a case in which the former minister has been summoned. The case has been adjourned until the 28 of October, 2020. Once we get hold of her, we shall finally talk about Peters," Whatsup News quoted an EFCC source as saying recently.

While the issue has been receiving coverage in Ghana, Gregoire, a former ambassador to the United Nations, told The Sun it was unlikely to gain much traction internationally due to COVID-19. Therefore, he said, it was up to the opposition here to demand answers from Skerrit.

"What's important is that the opposition forces in Dominica must keep the government on its toes and start asking the question, what is this show?" he said. "They must demand an answer from the government about this."