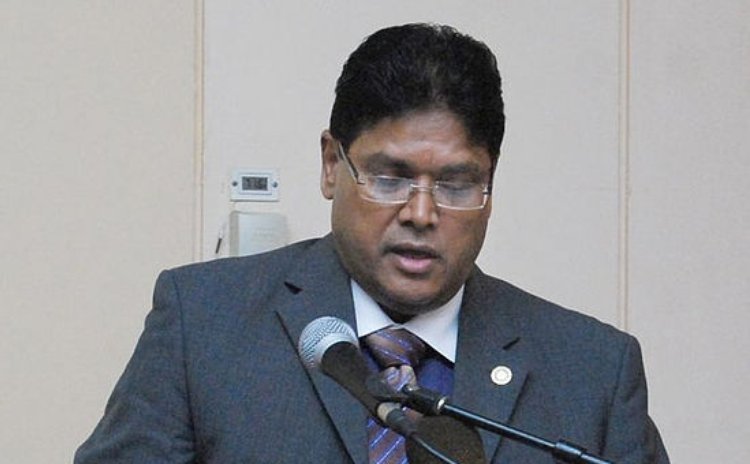 Adherence to democracy, including free and fair elections, has been on trial in the Caribbean Community (CARICOM) region over the past three months in Guyana and Suriname.

So far, Suriname is the only one that has come out of the trial with credibility and with regional and international respect. Its elections, held on May 25, were transparent and peaceful and its results, formally declared on June 4, have been accepted by all the 17 contesting parties and their supporters.

Suriname will now proceed to install a coalition government of four parties that have been in opposition and should easily be able to secure the election of a new President by 34 of 51 votes in the National Assembly. Chandrikapersad Santokhi, the leader of the Progressive Reform Party, which secured the largest single block of votes, is expected to be the new President.

If there was any sitting President of a country who should have had every reason to rig an election, that President was Desi Bouterse who, in 2019, was convicted and sentenced to 20 years imprisonment with an appeal still pending. In addition, he is also wanted in The Netherlands after being convicted in 1999, in his absence, for trafficking in cocaine. He knew that once he ceased to be President, the law enforcement agencies would pursue him.

Yet, neither Bouterse nor his National Democratic Party attempted to gerrymander the general elections process which was declared to be free of fraud by Observer missions from the Organization of American States (OAS) and CARICOM.

The absence of any attempt at fraud, even with the stakes so high, speaks exceedingly well of the Suriname electoral system and the commitment of its managers to democracy, including resisting political interference.

In stark contrast, in Guyana, the false tabulation of the votes of the March 4 elections, and the manoeuvrings that followed, have shown little regard for democracy or for a fair election. Officers of the Guyana Electoral Commission (GECOM) have been proven, in a recount of all the votes that started on May 6, to have manipulated poll results to increase ballots for the APNU-AFC party of President Granger significantly, and to reduce votes for Jagdeo's Peoples Progressive Party drastically.

This recount, scrutineered by agents of CARICOM and observed by representatives of the OAS and local groups, is nearing its elongated and painful process that has taken four weeks so far.

However, as the end of the recount nears, the trial of democracy is heightening. As the recounted votes show that APNU-AFC has clearly lost the elections, its officials are reported to be demanding that the entire general election should be voided. The basis for this alarming demand is an unsubstantiated allegation that dead or absent persons voted in the election. Curiously, this ominous statement has come after the APNU-AFC leadership had earlier declared – along with all the observer missions – that the voting, at which every party had agents present, was free and fair.

The question now arises about what will happen when, by June 16, GECOM announces the result of the recounted votes of the elections. The entire regional and international community has called for the result of the recount to be accepted by all parties and that it be the basis for installing a government that reflects the votes cast by the majority of the electorate. In this way, Guyana, like Suriname, will transition into a new government peacefully and lawfully, accepted at home and abroad.

Guyana can then look forward to holding a respected place in the international community where it can pursue the interests of the Guyanese people with credibility and strength.

If, however, there is disregard for the recounted votes and an accompanying attempt to ignore democracy and the rule of law, the international community will come down hard on an illegitimate government, and the fortunes of the Guyanese people will once again be thwarted.

The three main organisations in which Guyana advances its interests are CARICOM, the Commonwealth and the Organization of American States. Each of them demands, in their charters and other declarations, the requirement for their member states to adhere to democracy and the rule of law. Guyana is also a signatory to an Economic Partnership Agreement with the European Union under which it is committed to human rights and democracy. The installation of an unlawful government would trigger actions against Guyana in which the people would suffer for the actions of a few.

Powerful countries of the world will also target them and their families with sanctions for their violations of human, civil and political rights.

While Suriname will proceed to reap the reward of its democracy and its transparent elections by the embrace of the international community in the production and sale of its now considerable oil and gas resources, Guyana could see its own prospects dim for any similar riches.

Even if any other CARICOM government wished to ignore disregard for democracy and the rule of law in Guyana, CARICOM, as an organisation, could not do so now. The CARICOM Secretariat has played an outstanding role in observing these elections and pronouncing on them; CARICOM is bound to those pronouncements.

Further, CARICOM Heads of Government played a rightful role in ensuring that "every vote be counted, and every vote must count" in the general elections. The international community stepped back from its frontal role to give CARICOM the chance to deliver on a credible recount of the votes. Therefore, CARICOM's own credibility is now tied to maintaining democracy and the rule of law in Guyana, and to acting if those principles are crushed.

Guyana's leaders of every political party, every race, and every religion now bear a great responsibility to their country and their people. They should seize this opportunity to show that Guyana is a democracy, and, within that democracy, they can fashion representative governance for all.