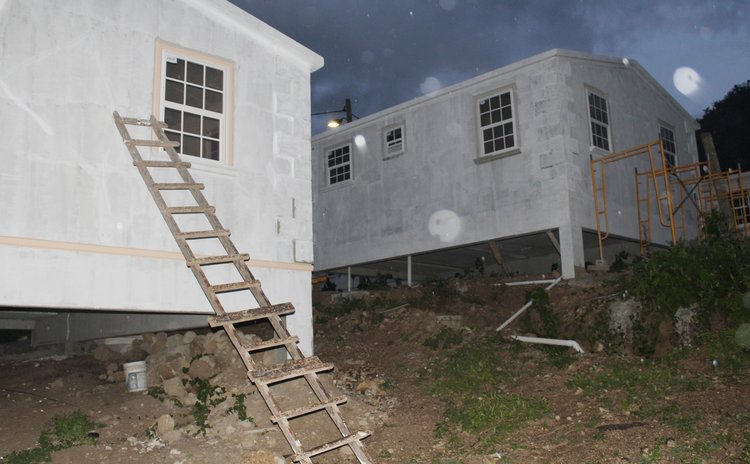 Denise Charles, the Parliamentary Representative for Pointe Michel says work on a post-Maria housing scheme in that village has not stopped; it is merely delayed.

That assessment has been supported by acting housing manager Bernard Lloyd.

In April 2018, Mark Maloney, the Director of Sustainable Housing Foundation handed government the keys to two of ten houses and the remainder would have been delivered within a month. That has not happened.

"We are disappointed that we are fully in the hurricane season and people who lost their houses and were promised a house are yet to get it since the eight others are yet to be completed," a source from the Pointe Michel community told the SUN.

The source, with inside information on the project, but was not authorized to speak publically on the matter said "the problem is with the Sustainable Housing Foundation."

"Government has given them permission to build and construct the houses but they seem to be having issues with materials and that is creating a major problem," the source said.

However, Charles said she has been assured that the eight houses will be delivered by the end of July 2018.

"I don't think, given all things, that we should worry, they are working hard to have it done and completed," Charles said.

Lloyd also denied that the project, to relocate villagers who were displaced by Hurricane Maria in 2017, had "stopped."

"The project is ongoing…we will follow up and get a schedule date of completion," Lloyd said.

He said that like every project, there are "unforeseen circumstances" and when that happens, it does not mean the project has stopped.

"This happens everywhere; no need to panic or worry, the houses will soon be completed and delivered," he said.