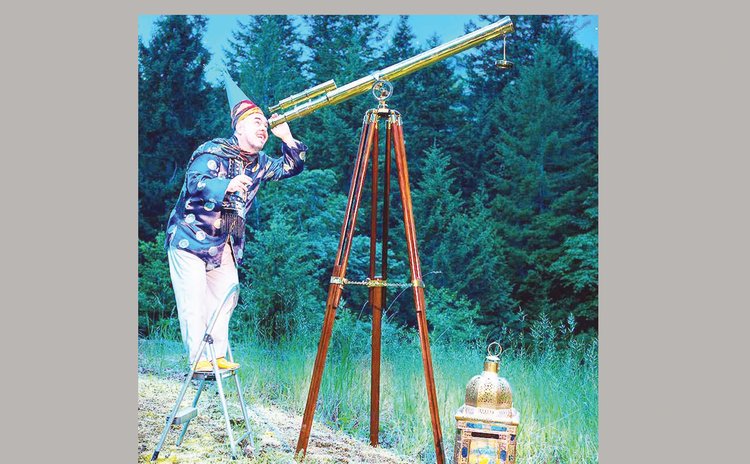 The Nature Island of the Caribbean, Dominica, is continuing to get international recognition and praise for its pristine beauty and breathtaking scenery through the ongoing work of one of its adopted, highly-skilled, photographers.

Derek Galon, originally from Poland - who then moved to Canada - first visited Dominica approximately 12 years ago with his wife Margaret. The mission: a photo shoot, the result: a country to call home.

On the initial visit here, the photographer felt an overwhelmingly strong emotion when landing at the airport, which his wife accurately summarized as "feeling like, at last, coming home."

Derek holds a Master's in Fine Arts, Fellowships, and honorary fellowships in various international photographic organizations. He has been photographing and filming for over 40 years and hosts workshops and creative artistic photography.

His work has taken him to Europe, the Middle East, and other Caribbean islands, but Dominica captured his heart and spoke to his spirit.

"It was a sense of connection with the land, stronger than ever experienced before," Derek said. "And Dominica seemed more authentic, more grounded than some other places."

After the initial trip to Dominica, the couple returned occasionally for other projects, and "each visit gave us more appreciation for Dominica, and on one such trip we bought a piece of land deciding we are ready to move."

And move they did. In 2014 the Galons packed up, left Canada, and laid their foundation in Dominica calling it 'home'.

Hurricane Maria struck a mere three years later, but this did not deter the Galons from staying and playing their part in the transformation that followed the devastation.

"It felt wrong to jump ship just because it got damaged. We stayed, took part in rebuilding efforts, and of course photographed and filmed it, bringing more awareness of this situation," he said.

Derek, who is also invited as a juror to several international exhibitions and competitions, eventually submitted a documentary "Dominica – Three Years After" which won international awards and got screenings at several film festivals abroad, showing Dominica's efforts.

During his years in the Nature Isle, and particularly after Hurricane Maria, he has seen positive changes around the country.

"Nature recovered quicker than anybody expected. We were impressed with the unity of people working hard to rebuild," Derek said.

While applauding Dominica for possessing a pure, natural beauty he cautions residents to be more respectful of the gem that is Dominica.

"It is sad to see indiscriminate dumping of garbage, those who dump are not only messing things up for neighbours, visitors, and tourists, but also for their own children". He said. "Waste accumulates, even if we don't see it, harming this beautiful land. One would wish to see Dominica being really preserved and treasured by all its inhabitants."

Derek and Margaret are committed to giving back to the country by using their skills and platforms - award-winning films, blogs, YouTube channels, and more - to promote Dominica and bring even more regional and international recognition.

"We published several articles in various Caribbean magazines, such as MACO, ZING, Real Life Caribbean, and Experience Dominica – all covering different angles of Dominican life. We are dedicated to showing Dominica as a beautiful destination," Derek said. "We love doing it."

His love for all that is nature has led him to volunteer with the St. Nicholas Animal Rescue, here in Dominica, which helps hundreds of injured, mistreated, and sick animals. The organization also works on reducing cases of leptospirosis and improving the situation with stray dogs.

Derek, a board director as well, is of the firm view that "animals are part of nature, as we are. The Lord wants us to respect all forms of life. Therefore, volunteering at the rescue is my way of making Dominica a better place."

Over the years he has deepened his belief that love and compassion are powerful means of making a difference. And that is what Derek plans to continue doing in the Nature Isle.