Derek Walcott: one of the Caribbean's greatest writers dies 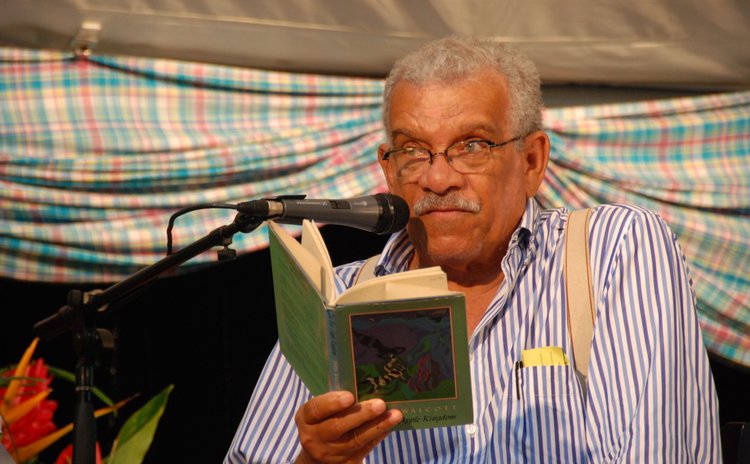 Derek Walcott, one of the Caribbean's greatest writers died on Friday at his home in Gros Islet in St Lucia. He was 87.

A Nobel laureate poet, Walcott's collections include "In a Green Night: Poems 1948 – 1960"; his best known work, "Omeros" draws on Homer's Iliad and Odyssey.

He won the Nobel Prize for Literature in 1992 and the TS Eliot Prize for Poetry in 2011.

His winning collection for the TS Eliot Prize, "White Egrets", was described by the judges as "a moving, risk-taking and technically flawless book by a great poet".

"His poetry acquires at one and the same time singular lustre and great force... Walcott's style is melodious and sensitive," the Nobel committee wrote.

Born in St. Lucia in 1930, Walcott studied at The University of the West Indies in Jamaica; he then moved to Trinidad in 1953 where he worked as a theatre and art critic. At age 18 he published his first collection, 25 poems, with funds from provided by his mother.

The Cultural Development Foundation of St Lucia paid tribute to Walcott, saying in a statement: The arts fraternity, Saint Lucia and the world has lost one of its noted literary icons, the Honourable Sir Derek Walcott. He died at 87 on Friday 17th March at home, in the company of family and friends.

"The Board of Management and staff of the Cultural Development Foundation extend condolences to Sigrid Nama, his partner of many years, his children and the arts fraternity, particularly the writers and poets whose lives and work he influenced tremendously. Our sympathies extend to Saint Lucia as a nation, who without doubt are proud and honoured to call him a true son of Saint Lucia. He was very vocal about the island's culture and heritage and its preservation and his love for Saint Lucia and the Caribbean was evident in his numerous mentions of "home" in his work.

"Sir Derek Walcott has received numerous awards including a Royal Society of Literature Award, the Queen's medal of Poetry and a MacArthur Foundation genius award. In 2016, as part of Independence celebrations, he was invested the title of "Sir", one of the first to be knighted under the Order of Saint Lucia. "The world has lost one of its noted literary icons.

"Our sympathies extend to St Lucia as a nation, who without doubt are proud and honoured to call him a true son of St Lucia".