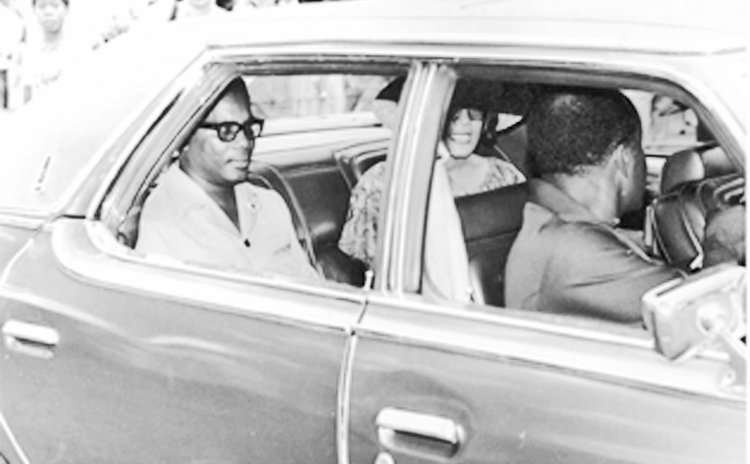 That 48-year union deserves closure, says the wife of the late Patrick Roland John, Desiree John, and to be absent from her husband's funeral and burial would be a denial of closure.

Affectionately known as "PJ", John's earthly journey came to an end on the morning of July 6, 2021, at the age of 84, at the Dominica China Friendship Hospital (DCFH).

Two months following his passing, many questioned why he had not been laid to rest.

Speaking exclusively to The Sun, Mrs. John said a surge in Covid-19 cases and her recovery from an injury has delayed her husband's burial.

She stated an initial date was set for August 15, 2021, but it was subsequently postponed.

"A day or two before my husband's passing I fell and broke my ankle and I underwent major surgery. I was bedridden until today (September 5) unable to walk but I'm doing physiotherapy so the funeral will be very soon. My husband and I were married for 48 years and 9 months so it would not be right if I am not at his funeral to send him off. Our union deserves closure."

At the time of John's passing, both he and his wife were patients at the DCFH and a few of his children we spoke to at that time said, Mrs. John's absence from the home may have caused him to fall into a state of grief.

Mrs. John further disclosed that the government has agreed to award her husband a state funeral and has informed her of a settled amount. She is, however, uncertain whether this figure will cover the full cost of a state funeral befitting of the first prime minister of the Commonwealth of Dominica but insisted, "I will do whatever is needed to lay my husband to rest in the proper way."

The widower also addressed allegations of the government recalling a vehicle given to her husband.

"My daughter received a telephone call from a female secretary, in the prime minister's office, informing her that the vehicle which was given to her father, Patrick John, was being recalled. According to them, this was due to the government recalling all GA vehicles due to Covid-19. They said the vehicle must be parked downstairs of the government headquarters and the key given to a security officer."

Mrs. John said they were further informed that on the day of Mr. John's burial the vehicle would be assigned to his wife.

Mrs. John thanked their many supporters and well-wishers during their time of bereavement and gave the assurance that the public will be notified soonest of PJ's send-off.