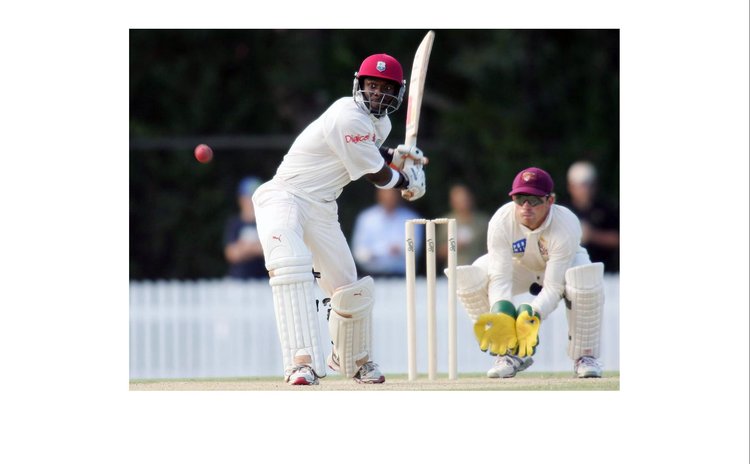 Devon Smith gets ready to drive

Gayle has been replaced due to injury.

Smith is in fine form, coming off a first innings century against the Leeward Islands Hurricanes in the third round of the Professional Cricket League Regional 4 Day Tournament. Smith scored 145 of the Windward Volcanoes 308 for 5 declared in the match being played in his native Grenada.

He has represented the West Indies in 33 Tests since debuting in 2003 against Australia in Guyana. The pugnacious left handed opener has scored one Test century and five half centuries and averages a shade under 37 in First Class cricket.

Fast bowler Sheldon Cottrell will depart the Caribbean on Friday to join the Test squad in South Africa. The Selection Panel had requested that Cottrell play in the third round of the PCL 4 Day to allow the Panel an opportunity to determine his match readiness after sustaining an injury on the West Indies A Team tour to Sri Lanka.

Cottrell took 5 for 42 for the Jamaica Franchise against Trinidad and Tobago Red Force as the Jamaicans took first innings points.

The squad is as follows: