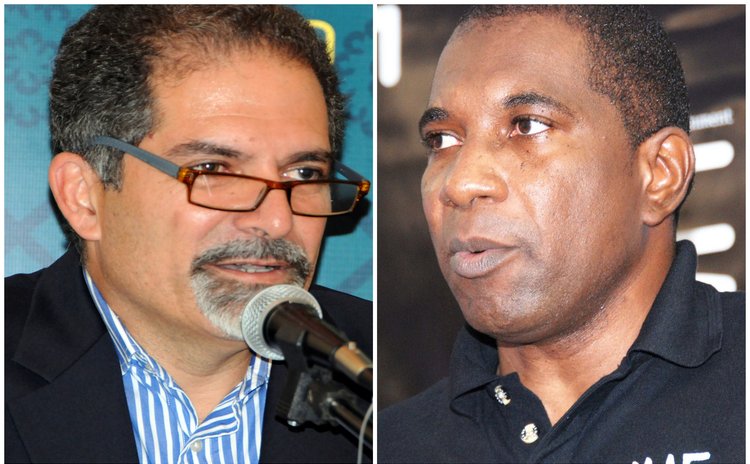 Two of Dominica's leading service organisations have condemned "any illegal actions" associated with the protest that took place in Salisbury on Thursday, June 11, 2015.

The Dominica Hotel and Tourism Association (DHTA) and the Dominica Association of Industry and Commerce (DAIC) say any "disruptive actions, such as roadblocks, pose a serious challenge to the economic activity of the country"

The DAIC, headed by Jeffrey Baptiste and the DHTA whose president is Gregor Nassief, in a joint statement said the E.O. Leblanc Highway serves as the main conduit for conducting business and for commuting to and from work and school for a large segment of our population.

"The roads affected by the protest action are directly linked to the capital Roseau and interrupted services resulting from roadblocks undermine commerce. The trickle-down effects are far reaching and can impact air and sea access, access to medical care, and access to emergency services, among other important sectors," the statement said.

It added: "Tourism is one of the main drivers of Dominica's economy. The image we present, to visitors already on island and to those considering a stay here, has to be the best of who we are as a nation. Instances of unrest cause panic among our guests, and are major deterrents for foreigners who plan to visit Dominica in the near future.

"The parties involved should consider the damage done to our many industries, which provide employment to our citizens. Further, the image of an "unsafe and unstable Dominica" can drive away foreign investment, much needed for the nation's economic development.

"We urge all Dominicans to act in a manner that demonstrates calm and mutual respect, and to respect the laws of the nation in the pursuit of their goals. Moreover, we urge the parties directly involved, the Government, our farmers, and the community of Salisbury, to refrain from violent or disruptive actions and to seek peaceful alternatives to resolve the matters driving these actions".

The DHTA and DAIC said they are willing to help find solutions to the conflict.

Residents of Salisbury blocked the E.O. LeBlanc highway on May 11, 2015 to protest the poor condition of agricultural roads in the area. Then the police used tear gas to disperse the protestors.

One month after the first protest, when the police came in the early hours of the morning of June 11, 2015 to arrest residents of Salisbury who had allegedly participated in the first protest action, the people of Salisbury again blocked the road and stoned law officers. In response, the village was peppered with tear gas.

"Salisbury is a war zone," said Hector John, the parliamentary representative, on June 11, 2015.