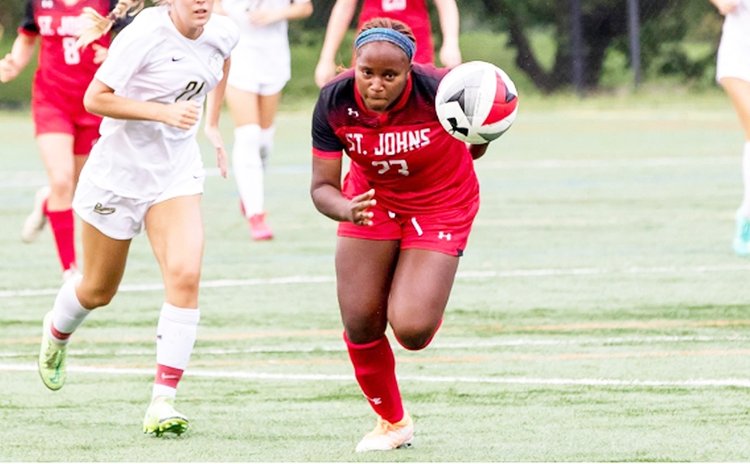 Alanna Finn, a senior high school student at St. John's College High School in Washington DC and a diaspora-based member of the Dominica senior women's football squad, is looking forward to the upcoming CONCACAF W Championship Tournament. Dominica is grouped with Trinidad and Tobago, Guyana, Nicaragua, and Turks and Caicos.

The Dominican ladies first match is an away game which is scheduled for November 24th at Providence Stadium in Georgetown, Guyana. The second game is at home at Windsor Park in Roseau against a formable opponent in Trinidad and Tobago on November 28th. The other two games versus Turks and Caicos and Nicaragua are scheduled for April 2022.

The last time the Nature Isle ladies faced Trinidad was during the Concacaf Women's World qualifiers three years ago at the Ato Boldon Stadium in Couva, Trinidad. Despite putting up a gallant fight, the Dominican team went down 3-0. That year Finn made her debut with the senior team and was one of the youngest players in the tournament at 14 years. She is training six days a week including playing games with her high school in Washington DC in Washington Catholic Athletic Conference. She also plays every other Sunday in local tournaments with her Travel Football team, Maryland RUSH Montgomery.

"This is a seismic development for our women's national team competitions and will transform the women's game in Concacaf," said Concacaf President and FIFA Vice President, Victor Montagliani. "I can't wait to see these matches and new competitions unfold on the pitch and hope they inspire future generations of women and girls to play and develop a passion for the game."

According to Concacaf head of women's football Karina LeBlanc, "We are providing a platform for women footballers in Concacaf to thrive, and for women and girls throughout the region to support their national teams with pride."