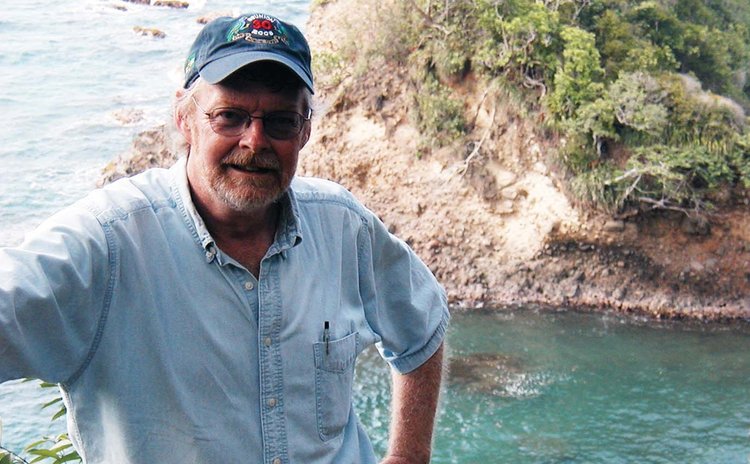 For Robert "Bob" Maguire, who owns a cottage in the Old Gommier estate area near Giraudel, tourism can't return to some form of normality soon enough.

However, as the country seeks to resurrect tourism, which has been severely depressed by COVID-19, Maguire says the authorities should focus attention on the Diaspora - as well as what he describes as ferry and cyber tourism – to help restart the economy.

"I see no reason why Dominica cannot develop a component of its tourism to appeal to its Diaspora, who will seek to visit regardless of circumstances," he told The Sun. "As time marches on and new generations are born in the adopted homeland, many among those in new generations are drawn to want to know what Dominica is like, and was like for their ancestors. Nostalgia - music, food, sport, historical sites, stories - can be an important component of Diaspora tourism, as can be more singular occasions as reunions and destination weddings."

Maguire, who resides in Maryland, USA, is a third generation Irish-American who has visited Ireland on several occasions, immersing himself into the country and enjoying the cultural experience tailored for visitors from the Diaspora. The North Atlantic country has an aggressive Diaspora programme and the tourism industry there has openly encouraged its Diaspora to visit the ancestral homeland and has organised so that visitors have a unique and meaningful experience to immerse themselves in the geography, history, and culture of the place.

Bob also has strong links to Dominica that goes back 50 years, serving as a Peace Corps volunteer between 1969 and 1972. It was during this period that he wrote the song, "Dominica: Land of Such Beauty", which was recorded by the Siffleur Montagne Chorale. He truly immersed himself in the country, singing calypso as "The Mighty Axe", working at WIBS Dominica and its successor, Radio Dominica, and joining the People's Action Theatre with which he travelled to Guyana to perform "Speak, Brother, Speak" at the inaugural CARIFESTA in 1972. In 1974, his thesis for his master's degree at the University of Florida was on the history of environmental perception in Dominica and the creation of the national park system.

Ten years ago he bought the cottage - originally part of Exotica owned by Athie and Faye Martin - and has listed it on Airbnb and rents to tourists when he isn't visiting. He also promotes local tour operators, taxi services and Dominican sites and attractions on his Airbnb page. Maguire told The Sun the time is ripe for Dominica to engage in programme to attract the many generations of Dominicans who reside abroad.

"This kind of tourism is decentralised, bringing the benefits directly to local residents and small-scale entrepreneurs. It needn't be seasonal. There is no reason in the world why Dominica cannot organise itself to appeal to those current and future generations of its Diaspora to come and experience, and learn about, the land of their ancestors."

It's a form of tourism, he argues, that goes beyond the regular festival and homecoming event into something much deeper - a learning experience for island's descendants about the homeland, mixing cultural and historical exposure with a kind of nostalgia for the music, food, places.

It's also a subject that's close to the heart for Irwine Clare, a member of the Jamaican Diaspora advisory board for the Northeast United States. Clare, who has been involved with the Jamaican and Caribbean Diaspora in New York for 25 years, told The Sun that with the US unlikely to recover from its current economic recession anytime soon, countries like Dominica should develop special programmes to boost Diaspora tourism.

"We have to start looking for low hanging fruits. Even when there's a hurricane coming to the Caribbean region people are still jumping on airplanes to go into their respective countries. We are the most resilient of travellers, which would provide some kind of stopgap within this time frame," Clare said in a telephone interview from his home in New York. "How do we now position the products for these people?"

He recommends staycations for the Diaspora similar to the programmes for residents, stressing that the people of Dominican and Caribbean descent living abroad "are your extended border".

The International Monetary Fund predicts that Dominica's economy will shrink by 4.7 per cent this year due to COVID-19, while the Caribbean Development Bank (CDB) forecast is for a 2.9 per cent fall in gross domestic product. And, with the CDB expecting many of its borrowing countries, including Dominica, to fall into recession, travel and tourism is seen by many as a buffer.

However, the sector has been hard hit by the pandemic and recovery is slow, despite the reopening of borders. And while there are no immediate statistics on the number of tourists to visit since Dominica reopened its borders on 7 August, Robert Maguire believes the Diaspora, cyber and ferry tourism are the most viable forms of tourism for the country.

Ferry tourism, he says, will draw on "the multitudes of European visitors to Guadeloupe and Martinique who can easily come to Dominica" to spend three to five of their holiday here, while cyber tourism will help the country take advantage of its post- Hurricane Maria state-of-the-art fibre internet and Wi-Fi services "to appeal to writers, researchers, and business folks looking for a quiet, refreshing getaway to work while recharging their batteries".