As the international telecommunications company strives to put the right people with the right skills in the right jobs, it has offered employees enhanced separation terms 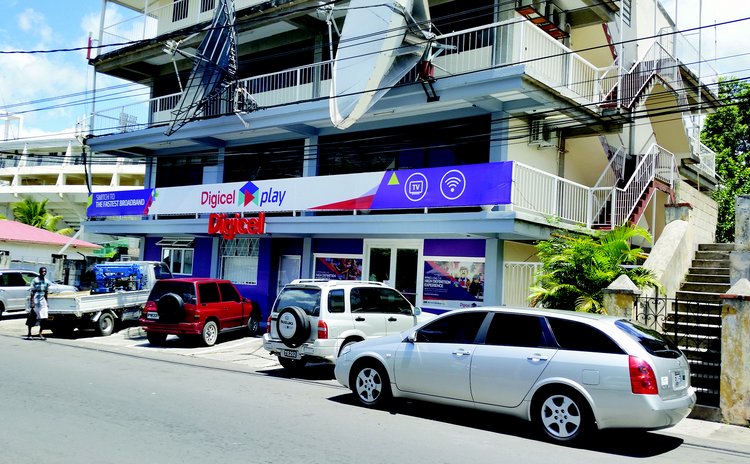 A yet undisclosed number of Digicel employees here are expected to be affected as part of the telecommunication company's re-organisation of its Caribbean and Latin American business.

The Irish company has confirmed that it re-organising its regional operations "to have the right people with the right skills in the right jobs."

It's not immediately clear how many employees here will be affected or how the re-organization will change Digicel's operations. It is also unclear what, if any, impact the move will have on the former SAT Telecoms and Broadcasting, which Digicel bought just over a year ago and later rebranded as Digicel Play. The country manager, Vivek Sharma, referred The Sun to the group public relations officer in Jamaica, Gillian Power, for comment. Ms. Power declined The Sun's request for an interview but emailed a statement confirming the decision.

She explained that the Irish company was offering employees "enhanced separation terms" as part of a voluntary separation package.

"The Voluntary Separation Programme (VSP) is an opportunity for employees who may be considering a career or lifestyle change to leave the company voluntarily while receiving enhanced separation terms that they would not otherwise get," Ms. Power said in the statement.

According to the PRO, the company was evolving quickly into "a total communications and entertainment provider" following integration of several services, including business solutions, mobile advertising, digital media and mobile financial services.

"Progress inevitably means change and we are now focused on ensuring we have the right people with the right skills in the right jobs to meet the opportunities and challenges ahead of us. The VSP is being launched based on our ongoing focus on driving efficiencies coupled with delivering optimum business performance and the need to realign the organisation following the integration of a number of new operations."

All employees - permanent, temporary and part-time – are eligible for voluntary separation packages, she explained, adding that this made it impossible to predict how many would apply.

"VSP participants will receive enhanced separation terms and support for their next endeavours," Ms. Power stated.

She did not say what would happen to employees who do not opt for the voluntary separation or when is the deadline. However, media reports in Kingston quote the Digicel PRO as stating that the deadline for applications under the programme is April 15.

The re-organization does not affect Digicel employees in the French West Indies and Panama.

This is the third voluntary redundancy the company had made since 2009.