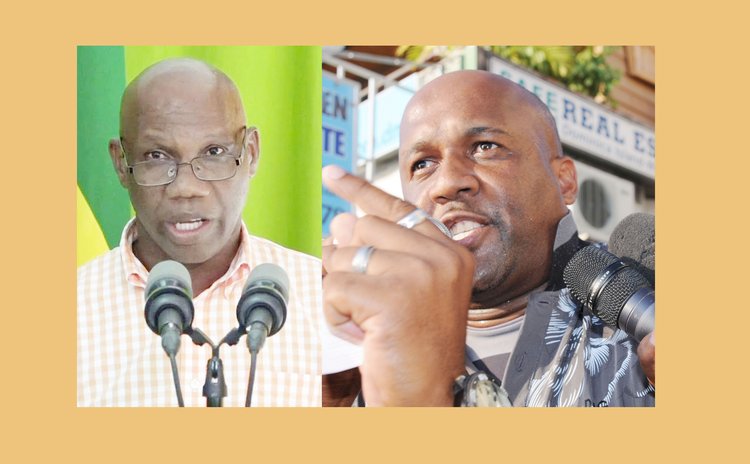 Nonstop turmoil and confusion and corrosive political schemes have maimed the Laplaine Village Council, severely restricting the development of that south eastern village, the Sun can report.

The lingering issue is the election, removal and re-election of councilor Jason Fontaine who after seven months since his re-election, the State's Local Government Authority has not been able to facilitate Fontaine in the taking of the oath of office, because supporters of the ruling Dominica Labour Party (DLP) are blocking Fontaine's swearing-in process by staying away from Council meetings when Fountain is scheduled to be sworn in, thus denying the council a quorum. Fontaine is a known supporter of the opposition United Workers Party (UWP).

"The council should already have dissolved when the council failed to meet more than three consecutive times and since the council is dominated by partisan Labour supporters there was no quorum to facilitate the chairman swearing in Jason Fontaine at a formal meeting," said a source who is familiar with the situation in Laplaine but who is accorded the usual anonymity to discuss the issue frankly.

What is the popular solution to the impasse on the Laplaine Village Council? Dissolve the whole body. Yoland Jno Jules, the Chairman of the National Association of Local Authorities agrees.

"A councilor who is absent, without leave of the council for three consecutive meetings of the council shall be deemed to have vacated his or her seat," Jno Jules said. "So as far as I know the Laplaine council has not met for more than three months due to lack of a quorum, (so the members of the council) have vacated their seat as councilors; in that case the council is not in office, so the minister should dissolve it and fresh elections should be called, with immediate effect".

Additionally, Glenroy Toussaint, the Local Government Commissioner, believes Fountain should be allowed to take the oath of office or alternatively, the LaPlaine Village Council should be dissolved.

"Our position from the Local Government Department is that the man should take his oath," Toussaint said. "I have no legal authority other than dissolution of the council. We have been talking to them and it now seems that the only way is to dissolve the council."

Toussaint added: "It's unfortunate what is going on in the Laplaine Village Council. If I had the legal authority I would have (Fontaine) come to my office with a Justice of the Peace and take his oath. However, that is not the case since he won on a bye election and must take his oath at a statuary meeting of the council. I don't have the power to direct the council…I can only advise them in accordance with the law."

But Fontaine believes that the Ministry for Local Government will not dissolve the council.

"They are not going to dissolve the council; they have held the council as hostage. We are now strategizing as to the way forward. The people from the community are upset about the entire situation," Fontaine said. "It is just a shame to see how our democracy in Dominica has come and how some politicians are using the council for traction. I have won a free and fair election, the people voted for me highly and yet still I can't serve them".

Jno Jules says that "there is no provisions in the Village Council Act to block or prevent (Fontaine) from being nominated for re-election as a councilor".

And as it stands right now, Jno Jules said, because of the refusal, and walking out of some councilors, preventing Fontaine from taking his oath of office the council is automatically dissolved.

"The only solution for dealing with cases like Jason Fontaine's is the implementation of the local government reform, which will cover all avenues of becoming a councilor", Jules said.

Local government reform has been proposed for decades but little has been done.