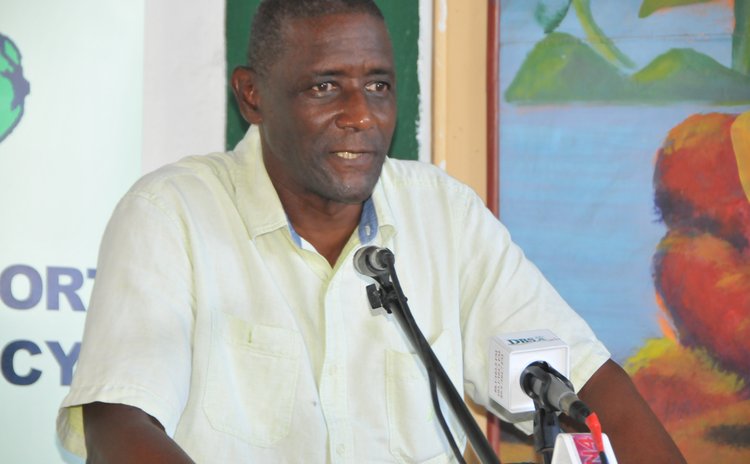 The Dominica Manufacturers' Association (DMA) is optimistic that a new $15M loan facility earmarked by Government for the manufacturing sector will breathe new life into the sector.

The special loan facility was based on a proposal from the DMA and it will be administered by the Dominica AID bank at an interest rate of only 3 percent.

In his presentation of the 2017-2018 national Budget, Prime Minister Roosevelt Skerrrit said the funds will be lent to manufacturers for several purposes.

These are: working capital; expansion and/or improvement of manufacturing plants; construction of facilities; purchase of equipment/machinery and updating systems.

But the DMA is hoping for some flexibility in this area and wants loan applications to be considered on a case-by-case basis, McKenzie said.

"Our proposal to government was specific in making provisions for existing manufacturing businesses," he noted.

"All these things need additional financing for what you are already doing. . . We understand their refinancing policy, but we will also be looking at restructuring," he said.

"We are hoping that they will understand that the existing manufacturing facilities need some restructuring . . . We will have to negotiate whatever conditions go with this concept of restructuring."

He contended that it would be worth considering applicants on a case-by case basis to explore helpful arrangements for those who want to expand, but already have loans with the AID Bank.

"If you have a manufacturing facility and a loan with the AID Bank at 7-8 percent. . . and you. . . want to expand by purchasing new equipment. . .

"What type of arrangement can you get into to facilitate you buying the additional machinery you would need for the expansion and at the same time reducing the burden from the facility that you have?

McKenzie said manufacturers can generate sustainable employment; DMA has promised Government to create 300-400 sustainable jobs in the next 12 months if given the required assistance.

"We are also looking at within the next 12 months, you can actually see tangible results in the manufacturing sector, in terms of the type of products that we are looking to put on the market," he said.

He also contended that local manufacturers should be encouraged to put out as many products as possible in time for the planned exposition of achievements for Dominica's 40th Independence Anniversary in 2018.

"What we need now that there is a surge in interest, is that the necessary infrastructure is put in place to enhance the production," McKenzie said.

He said the lack of raw materials is a critical area that needs to be addressed urgently. For instance, there is a high demand for coconut oil, but not enough dried coconuts to meet the demand.

He disclosed that the association has to turn down requests for coconut oil because it cannot guarantee a continuous supply.

There is also a high local and regional demand for passion fruit syrup, but the fruit is both expensive and in short supply, McKenzie lamented.

"So we have to see how we can collaborate with Ministry of Agriculture to address these lacks," he said.

The DMA is exploring the feasibility of a plant to process dasheen so that it is peeled and packaged for the consumer.

He said the association also wants to see Dominica producing its own chips from local produce such as plantains.

"It hurts you that you see our merchants bringing in this stuff, but it's not their fault because we do not have a facility that's on the ground that is producing it at the quality that is being imported," he said.

He said the DMA will meet with the Ministry of Agriculture to discuss the needs of the agro-processing sector.

Further, he is concerned that the Value Added Tax on the importation of raw materials, packaging material, spare parts and machinery, continues to be a burden for manufacturers.

McKenzie said the increase of the VAT threshold to $250,000 in the 2016-2017 Budget has resulted in the increase in the cost of production and therefore higher prices for local products, particularly for those below the threshold as they do not benefit from VAT refunds.