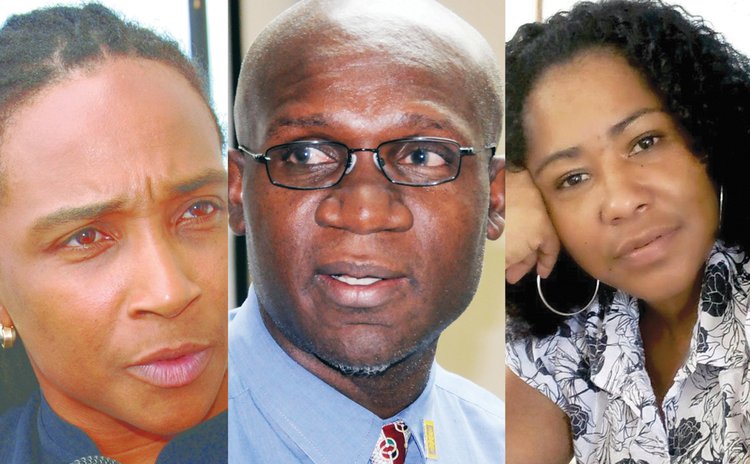 School teacher Ruth Ann Cyrille-Prince of Bataca in the Kalinago Territory has filed a lawsuit against Dr. Griffin Benjamin of the Acute Psychiatric Unit (APU) and the attorney general of Dominica for "unlawful admission and/or detention" at APU from May 24 to May 30, 2013.

In SUIT HCV DOM 382 OF 2013 Cyrille's lawyer, Heather Felix-Evans, alleges that on May 24, 2013 at about 11:30, Dr. Benjamin admitted Cyrille to, and/or detained her and/or caused her to be detained, at the APU in the absence of the statutory conditions or circumstances for her lawful admission and/or detention at a psychiatric hospital and therefore she was "unlawfully imprisoned".

Felix-Evans states further, that Dr. Benjamin "did not act in good faith as he knew, or ought to have known, that the conditions or circumstances specified in the Act for the lawful exercise of his power to admit the Claimant to and/or detain her at the APU, were not present."

"The Claimant was unlawfully detained at the APU from May 24, 2013 from about 11:30am until May 30, 2013 at about 4 pm when she managed to get away," the Statement of Claim stated. The lawyer further states that at the request of Dr. Benjamin, two ward aides pursued the Claimant from the conference room of the APU to an area close to the main entrance gate of the Princess Margaret Hospital (PMH) where they caught up with and held her and physically forced her back to the conference room of the APU.

In the statement Cyrille further alleges that Dr. Benjamin then told her that he would give her an injection that would have a certain effect on her.

In the statement, Cyrille also alleges that she was also assaulted by male and female police officers. The policeman, she claimed, waved his baton in her face and threatened to beat her if she got up from her chair. They then held her arms and led her to the ward of the APU.

According to Cyrille, she was given medications that are "known psychotic drugs" and was placed in conditions which she alleges were "extremely depressing, embarrassing, inconvenient, disturbing and sometimes threatening". She was also forced to wear "used ugly- looking clothes kept at the APU for the first two days" and was kept within a locked area and she was only permitted to exit the area with staff's approval, under supervision and for short periods.

The statement adds that after running away from the APU, Cyrille went to her lawyer who wrote to the authorities; but despite of letters to the Chief of Police, the Minister of Health, the Medical Director of the PMH, the Permanent Secretary for the Ministry of Health and the Attorney General, no action was taken to assist her and no one has apologized. Hence, she demands damages including aggravated and exemplary damages for assault, battery and false imprisonment.

At the time of writing this report, a defence had not been filed in response.