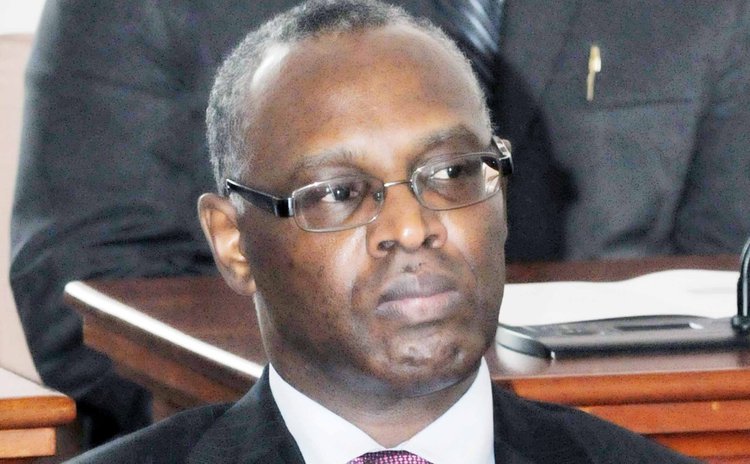 Dominica's attorney general, Levi Peter, has filed a defense in the suit in which qualified registered nurse Rosalind Daisy is seeking damages for pain, suffering arising out an alleged wrong diagnosis of cancer at the Princess Margaret Hospital (PMH).

According to the claim, on September 11, 2014 Daisy said she felt an unusual sensation in both breasts and had an ultra sound done of her breasts.

She took the results to a doctor at the PMH who subsequently recommended that a needle biopsy be performed on her left breast. The needle biopsy was performed and revealed "atypical ductal hyperplasia."

She was refereed to Trinidad and left Dominica in January 2015. Dr. Dylan Narinesingh, medical director and consultant oncologist made a request for her slides/blocks from Dominica to have them tested since they were not done in Dominica.

On May 6, 2015 Nurse Daisy was informed that the results of the testing indicated that there was "no cancer found in the specimen". In other words she was "cancer free" and there was no need to have performed the mastectomy and the removal of her left breast that was healthy and was not affected by any cancer or any other form of sickness.

She then relayed that news to Dominica and requested the rest of the slides to be sent to Trinidad for testing they were extremely late in arriving and in the meantime she was forced to do first cycle of taxol since there was nothing else that she could do.

When the remainder of the slides arrived and was tested they revealed no cancer and that she was "always cancer free." The Trinidadian doctor then wrote to the Government of Dominica seeking clarification as to whether there had been any "mix ups" with the labeling of the slides sent to them but the Trinidad doctors did not receive responses to these inquiries.

Nurse Daisy claims that doctors at the PMH gave her the wrong diagnosis which resulting in the removal of her left breast.

In her statement of claim, the nurse states that the treatment caused her a "myriad of physical and other symptoms that she never suffered from before including the removal and loss of her healthy left breast, constant swelling of both arms and other parts of her body, loss of her hair among others."

She claims that the injury, pain, suffering, distress, discomfort and all other such debilitations caused by the removal and loss of her "cancer free" left breast was caused by the negligence of medical officials at the PMH.

Nurse Daisy wants EC$21,613 in special damages, general damages and interest at the statutory rate on all amounts granted, costs and other reliefs as the court deems fit and reasonable for the pain, suffering and wrong diagnosis of cancer.

However, in his defence on behalf of the State the Attorney General says there was no "negligence" and that in keeping with acceptable medical practice the doctor (name withheld) referred her to an oncologist for further consultation and or treatment and also "did not guarantee the Claimants recovery neither did he give her an exact time line by which treatment should be obtained."

Attorney General Peter says that the medical advice and information the doctors gave to the Claimant was that which would have been given by "reasonably competent medical practitioners and was in line with acceptable medical practice."

The defence also claims that the PMH conducted investigations into whether "there was a mix up or error with the Claimants slides and blocks and that the hospital administration was in communication with the treatment center in Trinidad while the matter was being rectified."