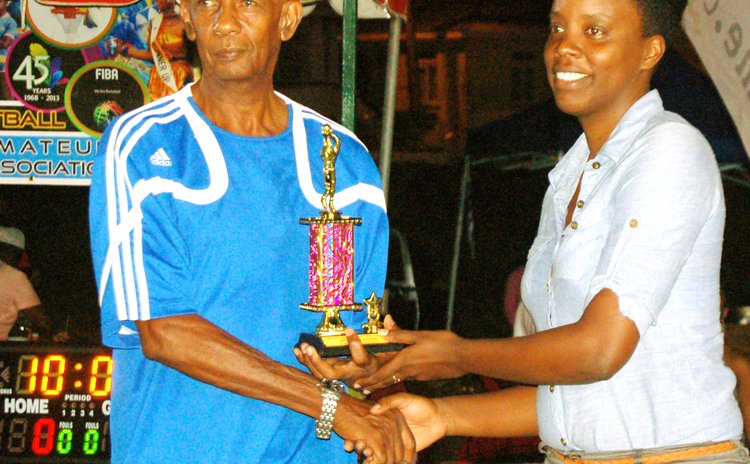 RC Doctors of the Roseau Valley were among the award winners during the opening formalities of the 2013 Dominica Amateur Basketball Association LIME National Basketball League at Lindo Park, Goodwill on Saturday night April 6.

The DABA, under the chairmanship of Mickey Joseph, took the opportunity to award teams and top player in the Wilmoth 'Plastic' Leblanc Basketball Classic in celebration of 45 years of organised basketball under the DABA which was headed by Leblanc in the formative years.

The DABA also recognised a few people who had given yeoman service to basketball, such as Russell Moreau and Leroy 'Peggy' Dover who had given more than 25 years to officiating; Davidson Toulon for being the longest playing national player going back to 1992; Andre Charles for being a pioneer in taking basketball to Soufriere/Scotts Head; and Davidson Baron for his tenure of seven years as president of the DABA. Goodwill Starz and Gatorade Blazers won the classic matches at the expense of Fashionline Falcons and Signman X-Men respectively. Kelsey Guye and Lester Langlais were the most valuable players.

In the final match of the ballorama competition, RC Doctors easily out-distanced United Insurance Sharks by 14 points to seven.