Doctrove wants his day in court 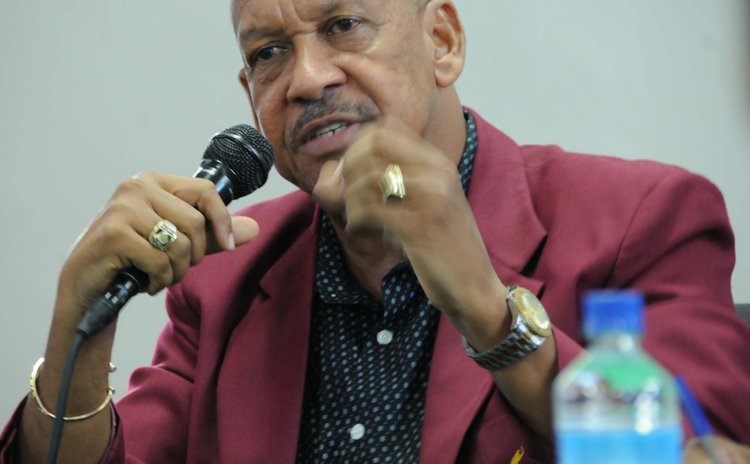 Billy Doctrove, the President of the Dominica Olympic Committee (DOC) said "he is looking forward for his day in court" after he received a demand letter from Attorney-at-law Cara Shillingford acting on behalf of former President Felix Wilson and former Treasurer Phillip White.

Wilson and White are demanding an "apology" and compensation for statements Doctrove made at a recent annual general meeting of the DOC.

Amidst much controversy, White and Wilson were voted out of office at the DOC's AGM held at the Fort Young Hotel just over one year ago.

Doctrove said the demand letter he received is "basically saying that at our press conference I made defamatory statements about Felix Wilson and Phillip White and they are asking me to issue a public apology and to make an offer of compensation to them within seven days of receiving the letter. Failure to comply will result in legal proceedings commencing against me. Ironically the letter was dated 11th June but delivered to the DOC office on the 11th July the day before our AGM…seems like they wanted to scare me."

At a press briefing last year called to report on the new executive's first 100 days in office, Doctrove revealed that many things at the DOC were "out of place and in bad shape", both physically and in other aspects of the organization.

But speaking to the SUN Newspaper after he received the demand letter, Doctrove said: "I will not apologize and stands by my comments."

He continued: "I am looking forward to my day in court when I can present documentation to support all my statements as I deliberately have not gone public with information as I thought it was unprofessional and unethical to do so but with my day in court I can divulge everything we have found out."

When The Sun requested a comment on the issue, lawyer Shillingford said she won't speak on the matter until she discusses further with her clients.

White said he had no comments; attempts at contacting Wilson were unsuccessful.