Dominica and Guadeloupe in arts and history edu-tainment 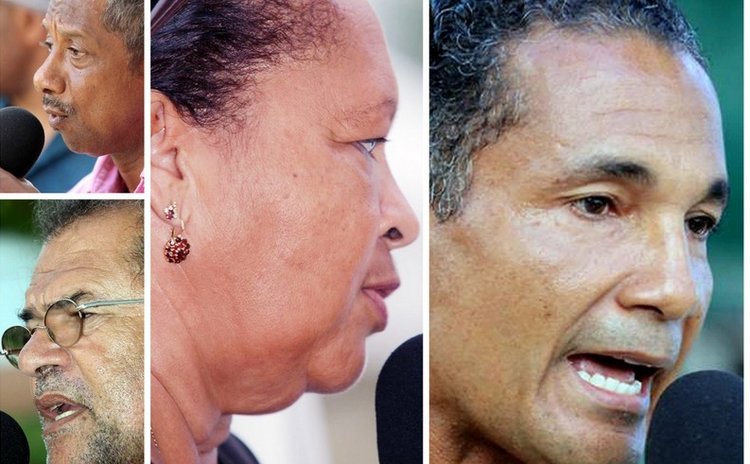 The city of Trois-Rivières, also called the Amerindian land, organized an Encounter of Art and History in Guadeloupe from November 3-10, 2013.

The theme of this "edu-tainment" experience dedicated to celebrate and perpetrate Amerindian Heritage was "Art and Spirituality from the Amerindians to Nowadays".

According to their specialties these artists took part in the event's programme: international contemporary art exhibit, dancing and drumming workshops and performances, as well as basket netting workshops for the public.

Sunday November 10th, last day of the "meetings", Honourable Ashton Graneau, Gregory Rabess and Patrick Hill, a hotelier from the Kalinago Territory, hosted a public forum on the theme "Spirituality of the Amerindians of Dominica from yesterday to nowadays". They have been mandated by Chief Garnett Joseph to represent him, since he was not able to attend the event. The public really appreciated the discussion that pointed out the difficulties of maintaining beliefs and tradition as well as ancestral practices for the Kalinago of Dominica.

Cooperation between Trois-Rivières and Dominica has been discussed with the deputy-mayor, Mrs Hélène Christophe-Vainqueur who will visit the Nature Island next January.