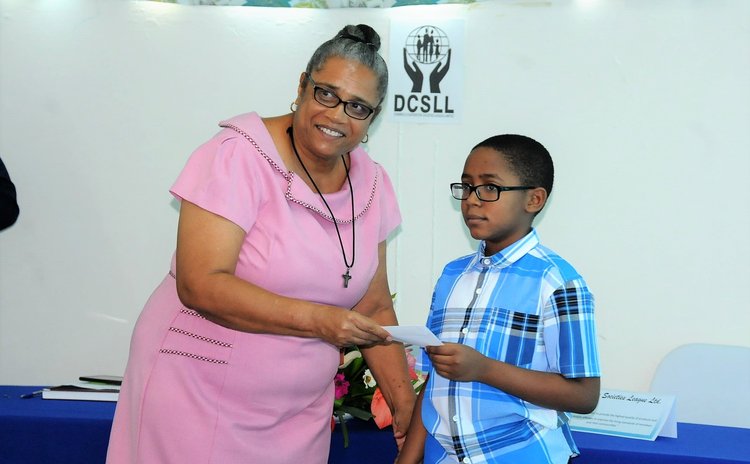 Eight students were awarded scholarships and bursaries from the Dominica Cooperative Societies League when that organisation held a brief ceremony at the conference room of the Prevost Cinemall on Thursday 23 August 2018.

Each awardee is to be offered full payment of school fees, a uniform allowance of $250 in his/ her first and third years, full payment of examination fees and a travel allowance, if the student lives beyond a half mile radius from the school he attends.

While addressing the ceremony Phoenix Belfield, the General Manager said the league will continue to invest in student's education.

"For us at the league it is extreme privilege we can play such a role over the years we have been contributing to national development not only through scholarships but as the apex body we give guidance to the credit unions and also provide advocacy on their behalf," Belfield said.

Meanwhile, Belfield said the League wants to help members whose businesses were affected by the recent departure from Dominica to Barbados of Ross University School of Medicine from the island.

Portsmouth, he said, looks like "a ghost town" since Ross, the major generator of business in the area, departed.