Dominica in 'Inter-Schools' Basketball(Part I) 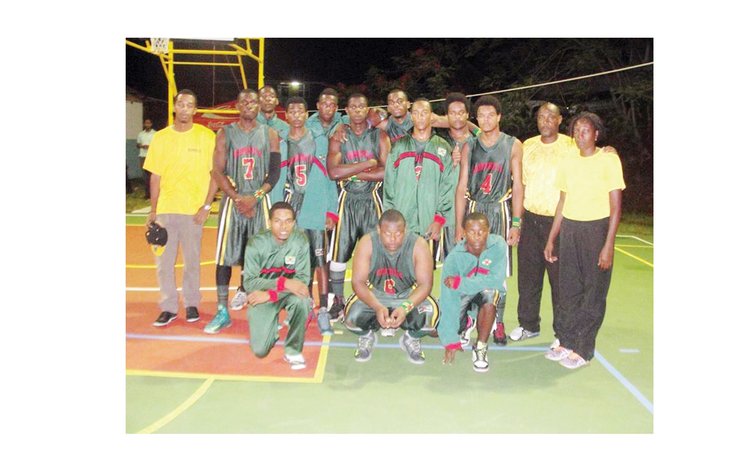 Inter-Schools is the popular name given locally to the Windward Islands Schools Games (WISG).

Inter-Schools is also the current name of a team in DABA's lower men's division. They played as recently as the 2017 Basketball Season which was unceremoniously halted by Hurricane Maria in September last year.

That Inter-Schools team is made up exclusively of players from the Sports Division's Secondary Schools Under-20 Boys Basketball Competition, from which the Boys' team to represent Dominica at WISG for a particular year would be selected.

That DABA team first appeared on the scene in 2013, and registered as Secondary Schools then. However, from 2014 their name was changed to Inter-Schools.

Dominica debuted in the Games in 1947 with the revival of the Tournament following the latter's suspension due to World War II. Grenada had begun competing in the Games from 1925.

According to the posting, over time, WISG went through several changes including the introduction of netball, and volleyball and basketball for both males and females, with cricket giving way.

The Games are now held on a rotational and annual basis, although over time there have been at least two breaks in the staging, in addition to the World War interruption. The most recent disruption was the 1994 – 1996 period.

Basketball was introduced as one of the Games' sporting disciplines for Boys, in 1987, when the Tournament was revived following a 15-year suspension as a result of rising travel costs.

Earlier that year, the Sports Division had staged the inaugural Under-19 Schools Basketball League, in order to facilitate Dominica's participation in the basketball segment of the Games.

In the initial year of WISG Basketball, Team Dominica (Boys) came out with all guns blazing and nets burning. They captured the first championship in the Basketball segment of the Games which were held in St. Lucia.

Two of those players, viz. Jeffrey Joseph and Donnie Robinson, later played with Flames and Harks respectively in the national league, and subsequently represented The Nature Isle with distinction on Dominica's Senior National Basketball Team.

Other members of the 1987 training squad from which Dominica's team was selected, and who went on to become prominent players with top teams in the national league include Jason Richards (Cardinals), Dave Baron (Cardinals), Clarence Guiste (Clouds) and Kenneth Johnson (Wolverines). Jason subsequently debuted on the Senior National Team in 1988, and represented Dominica for several years thereafter.

In the formative years of WISG Basketball, Team Dominica (Boys) made a very powerful statement to the Lucians, Vincies and Grenadians, doing a "4-peat" and grabbing the basketball championship trophy in each country: 1987, 1988 (in Dominica), 1989 and 1990!

Interestingly, it must be noted that Dominica's 1989 win was actually a three-way tie for the champions' position. That situation ought never to have occurred, as FIBA Laws – under which basketball is governed in the Windward Islands and throughout the CARICOM Region - have clear guidelines for "breaking" ties in basketball, be they 2-way ties, or 3-team ties, etc. That was certainly a case of lack of knowledge, or misinterpretation, of the Laws of the Game by the tournament organisers.

The correct placing of Dominica's basketball team in that particular Tournament is not known, that competition having been held 29 years ago. However, the records show that Dominica shared the 1989 Basketball Championships with two of the other participating islands.

The Nature Island Boys also lifted the champion's trophy in 1993, and in 2011 and 2015 – two of the years when the games were again staged in Dominica. Dominica Boys also won in 2002, in St. Lucia. That year Ronald Bruno was adjudged Dominica's Most Valuable Player, and went on to become a member of Knicks, then Cardinals, and currently Prowlers, in the Premier Division of the national league.

Concludes in next edition.