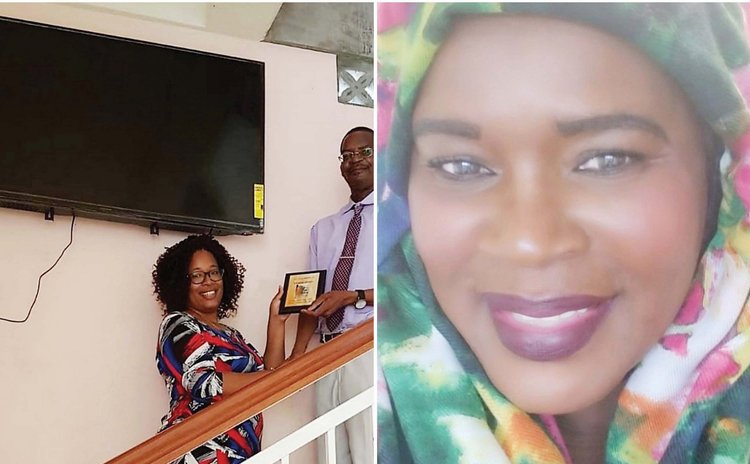 Tv set at the Infirmary donated by Ms James

"This might not seem like much to most of us but to those, our elderly retirees, their eyes were glued to the television screen, totally immersed in what was happening on television," said Kelly "Ghost" Williams who managed the delivery of the gift on behalf of Ms James. "It is definitely a homely and relaxing feeling. Maybe their only connection with what's happening beyond their current home. This was a simple but thoughtful gift from someone who wanted to acknowledge and recognize the sincere and loving care which her deceased aunt received during her last days at the Infirmary".

Expressing thanks on behalf of the Infirmary, manager Mrs. Annie St. Luce said the television is being used in the day care area of the Infirmary, a place of peace and interaction for the elderly people who visit to spend the day and enjoy the company of friends.

" We want to thank her for her continued support to the Dominica Infirmary because she has not only supported by donating only the TV set but she is constantly looking out for the Dominica infirmary and has gotten other Dominicans to donate to the infirmary".

The Dominica Infirmary is a government-assisted home for the elderly; it provides institutional care for destitute, aged, and infirmed citizens.

Ms James said she is "honoured to be able to contribute to the Dominica Infirmary. I don't do things for recognition, but this TV was given in the honour of my late aunty Virginia Hiliere of Vieille Case who is no longer here. I just hope they will enjoy the entertainment that it brings".

She added: "Nothing makes me happier than helping out and bringing joy to the residents who are there, so I will continue to do what I can when I can even it's just a little".