Top five stories you may have missed. By Ronda Luke 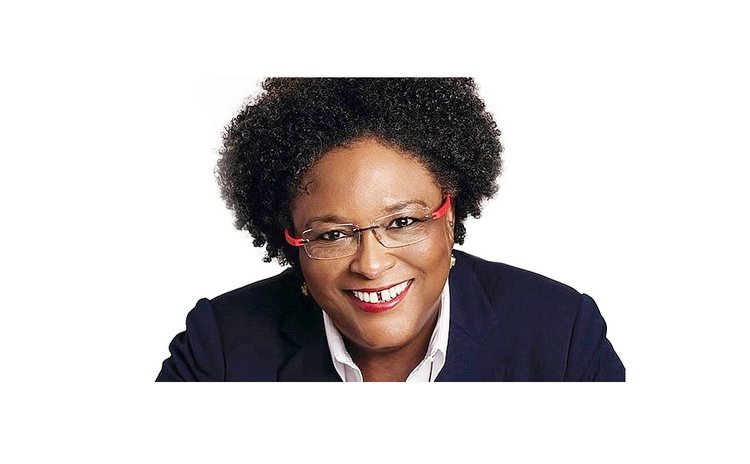 Blessings gets a life-changing blessing

If all goes according to plan, by the end of this year, Julius Tyrone Anthony, known to many as "Blessings" will finally have the opportunity to call himself a homeowner.

This as the popular radio caller became EC$$210,000 richer by winning the Dominica Lottery Commission Super6 jackpot. While being presented with his "timely, life-changing" cheque, Blessings said that the money will be used not only to purchase land and build ahome for his family but some of the money will go toward bettering his health.

Dominica passport ranked among the top ten in the region

Falling behind regional countries such as St Kitts and Nevis, The Bahamas, St Vincent, and the Grenadines, Antigua, and Barbuda, and St Lucia, to name a few, Dominica's passport has emerged as the eighth strongest in the Caribbean region and 33rd on the global level. This is according to the 2022 Henley Passport Index by Henley & Partners, a London-based global citizenship and residence advisory firm, which annually ranks national passports in terms of their power, i.e., the number of destinations that holders of a particular passport can visit without a prior visa. Based on the report -Henley's first of the year and quarter of 2022- holders of Dominican passports can travel to 144 countries visa-free. Barbados, with visa-free access to 161 destinations and a global passport ranking of 23, has once again emerged with the most powerful passport in the Caribbean region. Last year, Japan and Singapore emerged as the joint toppers on the global level.

From all reports, it seems likely there may be another delay with the long-awaited electoral reform report currently being undertaken by Sir Dennis Byron. After many delays, the sole commissioner to advance efforts towards electoral reform in Dominica announced to state-owned DBS that the process has been taking longer than he had anticipated and won't be ready in December, but gave a new target date of January 2022. Last week, Prime Minister Roosevelt Skerrit said that the eminent Caribbean Jurist is in the final stages of putting together his report, stating that "he [Byron] is in consultation with the legal drafts people on the proposed legislation."

Sources at the electoral commission have told the Sun that this process could take another two or three months before it is complete.

Change in deadline for E-passport

The deadline for Dominicans to replace the machine-readable passport with the new E-passport has now been slashed in half, from July 30, 2023, to now August 30, 2022. According to Minister for National Security and Home Affairs, Rayburn Blackmore, the change of date comes as his government understands the need for Dominica to join global efforts in ensuring more secure travel.

To aid with this transition the minister highlighted that additional space has been created at the immigration and passport office in Roseau to ensure that there is additional staff for the smooth transition. The immigration department will also receive additional equipment which he says will enable quicker processing of applications as well as the deployment of two mobile kits which have the capacity for recognition and data capture, in major communities around Dominica including Portsmouth, Mahaut, St Joseph, Vielle Case, La Plaine, and Grand Bay. As further announced, the immigration team will be available for two days at each of the locations to afford everyone ample time to get the necessary documents for submission for the new E-passport in the upcoming weeks. Application forms will also be available at all police stations on the island and the government's website.

Prime Minister Roosevelt Skerrit has reassured the reelected Prime Minister of Barbados Mia Mottley of Dominica's "friendship and support" as she and her government move forward in serving their people. Extending congratulatory remarks to Mottley on her party's "resounding victory" in the January 19 general elections Skerrit noted that the decisive nature of the Barbados Labour Party's (BLP) win "is a sign of confidence in Prime Minister Mottley's leadership and her ability to steer the newly-established republic to growth and prosperity."

Mottley, who oversaw Barbados's break with the Queen last year, won a second term as the Caribbean nation's prime minister. The 56-year-old BLP won all 30 seats, repeating her clean sweep of 2018, in an election marred by complaints that thousands of Covid-positive Bajans were denied a vote. An 11th-hour attempt to stop the poll failed on Tuesday night when the country's high court ruled it had no jurisdiction to postpone the election, which took place amid rising Omicron cases. In her victory speech, Mottley said the landslide victory would allow her government to "lead the country first to safety and then to prosperity" and to prepare Barbados for the challenges "of the next 10 to 15 years".