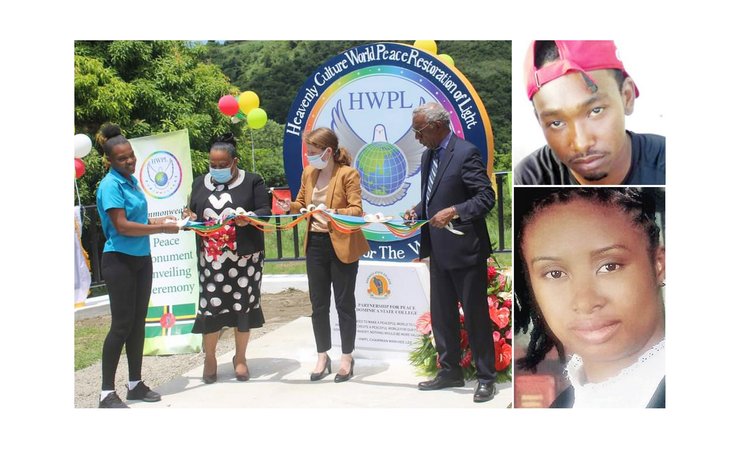 Nine months into the year, Dominica has recorded its 14th homicide, with the latest victim being 25 year-old Wilson Wade.

According to Acting Inspector of Police, Fixton Henderson, at the time of the incident, Wade and two other individuals, namely Sylvester Aabib, male 37 years old, and Dylan Francis, male , 29 years old, was sitting on a headwall over a culvert at Glasgow in Fond Cole when they were attacked and shot at by another male individual.

The three who received multiple gunshot wounds were transported to the emergency department of the Dominica China Friendship Hospital (DCFH). Wade was examined and pronounced dead by a medical doctor, while the two others are said to be in critical condition.

The Director of Public Prosecutions (DPP) Sherma Dalrymple has filed a notice of discontinuance against Riviere Sebastian who was arrested and charged with theft.

Nature Isle News reports that this comes as a result of the investigating officer, Superintendent Matthew Cuffy being on suspension for an alleged charge of murder and the prosecution not producing a file, since the arrest of Sebastian.

According to documents released in court on Friday, December 17, 2020, between February 25, 2020, and May 25, 2020, Sebastian who acted in the position of senior fisheries officer on several occasions is alleged to have stolen EC$51,855.80 the property of the Government of Dominica.

He was previously granted bail in the sum of $60,000 with Clyde Charles as surety and was ordered to surrender his Dominican passport.

The Colihaut native was represented by Wayne Norde.

A strong appeal was last week made to residents of Castle Bruce, specifically those who had purchased cow meat in that community, during the week, to immediately dispose of it by burial.

According to Chief Environmental Health Officer, Tassie Thomas, the meat was dubbed unsafe for consumption as the cow was treated with antibiotics- a procedure used before it was slaughtered for food- and should last up to 28 days to get the antibiotics out of its system.

However, Thomas said the farmer realized the cow was getting sick and although, "the vet warned him not to kill it, he still went ahead and killed it."

She further explained that the problem with antibiotics and consuming meat with antibiotics at an early stage is that when it is given to the animal it is very much concentrated in the meat and it impairs the individual's system of fighting disease.

The Ministry of Environment Rural Modernisation and Kalinago Upliftment has announced that it is undertaking a national highway clean-up activity.

As such, owners of derelict and abandoned vehicles have been informed that the Dominica Solid Waste Management Corporation will be undertaking the removal of those vehicles as part of the project.

According to Section 40 (1) of the 2002 Dominica Solid Waste Management Act: Derelict vehicles- any abandoned or discarded motor vehicle; or any motor vehicle stored or kept in a public place, which is in a dilapidated condition that cannot be safely used for the purpose of transportation- shall be taken by the owner to an approved site designed by the Corporation for the purpose.

Section (3): Where the owner of any derelict vehicle cannot be identified, the said vehicle will be removed to an approved site.

Owners of derelict vehicles are to remove vehicles by October 7, 2022.

Failure to do so will result in the derelict vehicles being towed to the Fond Cole sanitary landfill.

The first Peace Monument in Dominica was unveiled at the Dominica State College (DSC) on September 22, 2022.

The monument recognizes the commitment to peace that has been spreading through Dominica through DSC's partnership with Heavenly Culture, World Peace, and Restoration of Light (HWPL).

HWPL an is a non-profit organization founded in 2013 with the hope of restoring the global community with light and achieving world peace through heavenly culture.