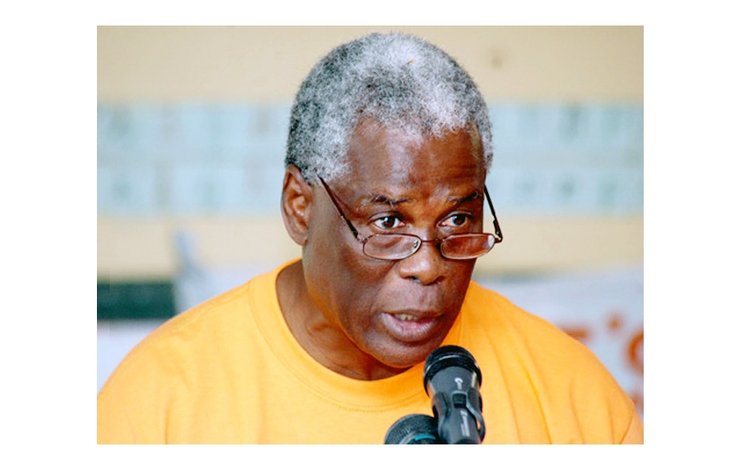 Dr. William "Para" Riviere, historian, attorney-at-law, and former politician, died on Nov. 30, at the Dominica China Friendship Hospital. Dr. Riviere who most recently published two books on Dominica law and constitution "Handbook of Dominica Law" and "Our Constitution: Democracy or One-man Rule" was also the political leader of the People's Democratic Movement (PDM), which made few waves on the local political scene. In 2012, Para officially served notice that he was ending his political career. The attorney first began his political career with the Black Power Movement back in 1968. He was also part of the Movement for New Dominica, the Legal Socialist Workers, and the Dominica Liberation Movement.

Riviere received his early academic training at the Portsmouth Government School and then the Dominica Grammar School.

He obtained a BA Hons (Special History) at The University of the West Indies (UWI), Mona Campus and a PhD at the Department of Economic History of the University of Glasgow, Scotland, UK.

He also holds an LLB (Hons) of London University and a Legal Education Certificate (LEC) of the Norman Manley Law School, Mona, Jamaica.

Dr. Riviere has taught history at the Mona and St. Augustine campuses of The UWI and the then Consortium Graduate School of Social Sciences (CGSS). He also taught at universities in the United States including Cornell University and various colleges of City University of New York (CUNY). He served as Research Fellow at the then Institute of Social and Economic Research (ISER), UWI, Mona. Earlier, he was Director of CUNY's Caribbean Research Centre, which he established at the University's Medgar Evers College.

Following a week-long debate, the Dominica Parliament has approved the schedule of supplementary estimates for the financial year July 2020 to June 2021, amounting to $275 million. Debate on the Supplementary Appropriation Bill ended on Tuesday, November 30 during the Second Meeting of the Second Session of the Tenth Parliament. Major expenditure included $79 million allocated to the Ministry of Housing and Urban Development for land settlement and development and house renovation and sanitation; and $76 million to the Ministry of Health, Wellness & New Health Investment for COVID-19 response and the construction of health infrastructure. Additionally, Parliament has also approved the Rules-Based Fiscal Responsibility Framework to enhance the long-term resilience, stability, and sustainability of public finances. The Fiscal Responsibility Framework aims to foster broad-based, inclusive, and sustainable economic growth and development through the implementation of sound fiscal policies and the reduction of the debt-to-gross domestic product ratio to a sustainable level.

Robin is the new president of CMA

Dominica has assumed the leadership of the Caribbean Manufacturers Association (CMA). Current President of the Dominica Manufacturing Association (DMA) John Robin was elected into the position following a recently held meeting. According to Robin, he plans to use his tenure to promote intra-Caribbean trade as a means of significantly reducing the billions of dollars spent on importing manufactured products into the region.

The death toll from Dominica's latest coronavirus surge continues to climb with a total of 40 fatalities being reported by health officials as of December 3. According to National Epidemiologist, Dr. Shallauddin Ahmed, 54.2% of the targeted population have taken at least one dose and 50.4 % of the target population are now fully vaccinated. As it relates to daily trends, since the outbreak started in July, the weekly average of cases has fluctuated, but remained stable for the past week, with an average of 41 cases per being reported daily.

Dominica is among several Organization of the Eastern Caribbean States (OECS) countries to benefit from 42,000 doses of AstraZeneca vaccines from the Government of Argentina. According to Argentine Foreign Minister Santiago Cafiero, "this collaboration is just a token of the historical friendship and positive relations between the Argentine Republic and the Caribbean region". Within this first vaccine donation, Saint Vincent and the Grenadines and Grenada will receive 11,000 doses each; Saint Lucia will receive 18,000 doses and Dominica 2,000 doses.