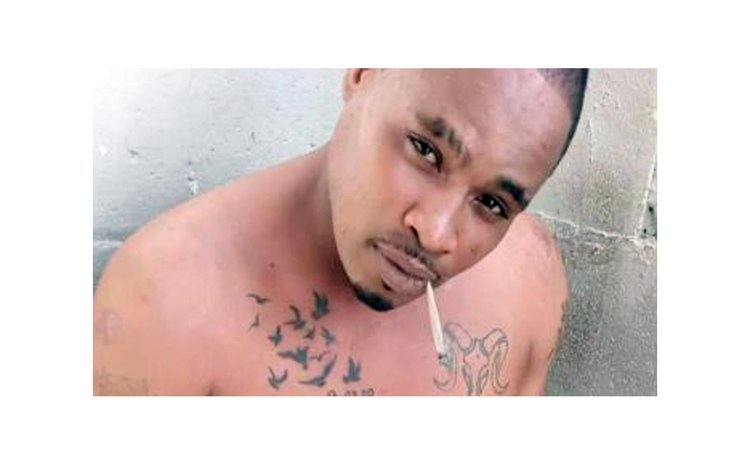 A Dominican national -Shanell Thomas- who was serving time for a string of serious offences in Antigua and Barbuda, has been fatally shot by lawmen, after being on the run for over 24 hours. According to a news report emerging from the neighbouring island, the 34-year-old escaped while he was working on the prison's farm during lunchtime on Tuesday (Feb. 8).

According to a statement from the Antigua and Barbuda Police Force, the Police were responding to a report that the escapee was spotted in the vicinity of Stables Night Club. While executing an operation to apprehend the escapee, officers reportedly identified themselves to him and ordered him to surrender. During that time, however, police reported that he instead withdrew an object from his waist and advanced towards them. The police took defensive action and shot him. He was transported to the hospital where he was treated and later succumbed to his injuries. Thomas was serving time for several convictions including kidnapping, attempted robbery, and theft – and was scheduled to be released in November 2026.

A Campbell family is trying to get back on their feet after a fire completely razed the house they called home. All of Marisa Luke's children's toys, school items, clothing, and precious keepsakes were turned to ash and dust following the disaster on the evening of February 7, 2022.

"I have four daughters, a 9-month-old, a 7-year-old, 13 and 18-year-old who have nothing. My baby desperately needs diapers, formula, clothes, and shoes because everything is gone," the distraught mother who is soliciting the public's assistance stated.

Anyone wishing to help can contact Luke on telephone number 1767-615-7429. Fire officials say the cause of the blaze is under investigation.

Two Dominican students have taken their place among the top Caribbean Examinations Council (CXC) candidates for the year 2021. At a virtual Regional Top Awards Ceremony, hosted by The British Virgin Islands, on Thursday, 10 February 2022, the top awards for most outstanding performance in the Caribbean Certificate of Secondary Level Competence (CCSLC) examinations were both won by students from Dominica. The Most Outstanding Female Student is Tana Valmond of Dominica Grammar School (DGS) who achieved grades of Master in English and Mathematics as well as Grade I in CSEC Principles of Business, Visual Arts and Physical Education and Sport. Jason Joseph of Castle Bruce Secondary School won the award for the most outstanding performance by a male student. He achieved grades of Master in English and Mathematics, Grade I in CSEC Agricultural Science, Grade II in CSEC Principles of Accounts, and Grade III in CSEC Information Technology.

The City of Roseau will soon boast of its first-ever children's playground which will be located at the southern end of the forecourt of the Windsor Park Sports Stadium. Melissa Skerrit, parliamentary representative of the Roseau Central Constituency said the People's Republic of China has agreed to fund the construction of the recreational ground. Mrs. Skerrit is hopeful that the facility will provide the public with the opportunity to practice and improve their social and physical skills.

An official day of mourning for former Salisbury MP

As a mark of respect for the late Bryson Joseph Louis- former Member of Parliament- the Government of Dominica declared Friday, February 11, 2022, an official day of mourning, with the Dominican Flag flown at half-staff on all public buildings in the state on that day. The former Salisbury Parliamentary Representative who served the constituency under the Dominica Labour Party administration of Patrick R. John from 1975 to 1979, and until 1980 as part of the interim government, led by Oliver J. Seraphin was born on March 27, 1925, and died on January 23, 2022, at the age of 96. During his term as Parliamentary Representative, Mr. Louis served as Chairman of the Board of Directors of the Dominica Social Security. In 1980, he retired from active politics and became a prominent farmer in his community of Salisbury. The Government of Dominica also accorded the late Louis, an official funeral which was held at the Church of St. Theresa in Salisbury. The late Bryson Joseph Louis was laid to rest at the Salisbury Roman Catholic Cemetery.