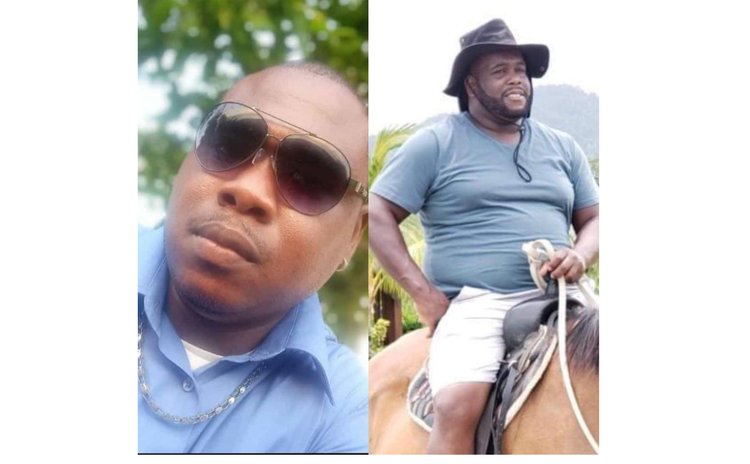 Haitian National slapped with the murder of a Dominican

An investigation into the shooting death of 26-year-old Stephen Paul of Stockfarm has come to a close as the police have charged a Haitian national residing in Dominica with his murder. It is alleged that on January 2, 2022, at Trafalgar, Job Jean who resides in Portsmouth murdered Paul.

Jean appeared before the Roseau court on March 4, 2022, where the charge of murder was read to him. He was not required to enter a plea since murder is an indictable offense. On January 2, 2022, at about 5:00 p.m., Paul sustained a gunshot wound that resulted in his death. During the same incident, Kareem Abraham of Yampiece also sustained a gunshot wound which was not fatal.

Jean, was on January 31, 2022, charged with Grievous Bodily Harm (GBH) with intent, for the alleged incident against Abraham. The Preliminary Inquiry for the murder charge is expected to commence on June 21, 2022.

A 16-year-old of Marigot has been charged with the murder of a Chinese businessman who resided in Dominica. The accused appeared before Magistrate Michael Laudat accompanied by an adult on March 2, 2022, where the charge was read to him. He was not required to enter a plea since the charge of murder is an indictable offense.

It is alleged that between February 22 and 23, in Marigot, the 16-year-old murdered Zhang Zhaopeng, contrary to law. On February 22, videos surfaced of Zhaopeng in Marigot where he owns a business, with blood gushing from a wound in his head.

Zhaopeng was later transported to the Dominica China Friendship Hospital (DCFH) where he succumbed to the injuries the following day. At the court hearing, Magistrate Laudat denied bail to the accused and advised his attorney, Gina Abraham-Thomas that bail should be sought at the High Court. The matter has been adjourned to June 22, 2022, in Marigot for Preliminary Inquiry. Since the accused is a juvenile, he will be entitled to a confidential trial at the juvenile's court hence his name has been withheld in this report.

According to police reports, Smithers and the murder accused, Berle Adolphus Nathaniel Wallace Jr of Dominica who resided in the twin-island state was involved in an altercation on St John's Street at approximately 6.23 pm on Tuesday. During the altercation, Wallace Jr allegedly armed himself with a sharp object that he then used to stab Smithers, who worked as a personal trainer. He was transported to the Sir Lester Bird Medical Centre where he succumbed to his injury. Wallace appeared before the court on March 4 and was placed on remand at Her Majesty's Prisons. His committal hearing is set for May 12, 2022.

Last week, Dominica joined the growing number of countries worldwide to impose new sanctions in an attempt to squeeze Russian President Vladimir Putin as the Russian invasion of Ukraine advances.

In a memo dated March 4, 2022, Coordinator of the Citizenship by Investment (CBI) Programme, Emmanuel Nanthan advised "Authorised agents CBI" that in light of the ongoing conflict in Ukraine, the Government of the Commonwealth of Dominica is suspending the processing of all new applications from Russians and Belarusians with immediate effect. This measure, he said, is geared at safeguarding the global community and the integrity of Dominica's Citizenship by Investment Programme.

Over the past week, the United States and its allies have responded to Russia's invasion of Ukraine with some unprecedented actions of their own. But instead of engaging militarily, they have struck back at Russia's economy.

In a matter of two weeks, the police are left to investigate another suspected drowning, this time in the community of Coulibistrie. According to reports, the victim has been identified as Boniface "Bonnet" Lovelle of Coulbistrie.

Villagers saw his body floating in the sea on March 5, 2022. Despite attempts by good samaritans resuscitating Lovelle, in his mid-sixties, proved futile; he was later pronounced dead.

This incident comes one week after Erickson "Boe" Piper of Cochrane drowned at the Purple Turtle Beach in Portsmouth and two weeks following another drowning incident that occurred on Batibou Beach, which claimed the life of Joffre Trevor Cognet of Portsmouth.