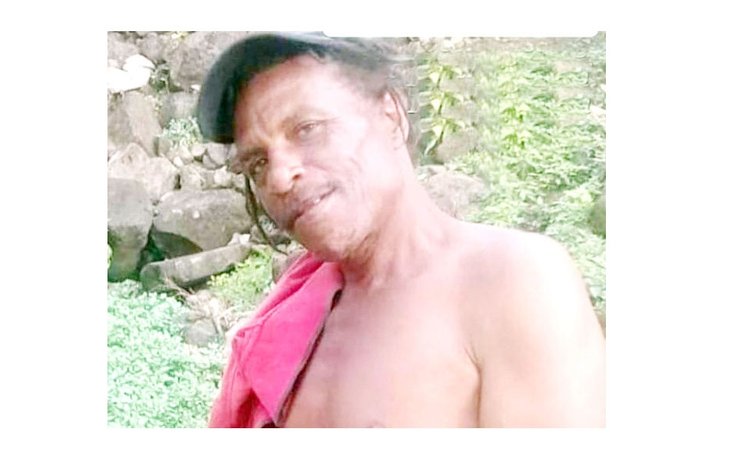 Four charged with the murder of their family member

Campbell residents, 49-year-old Vanty Lestrade Alexander, and his son, 25-year-old Brad Alexander along with Kendel Toussaint, 24, and Akim Jno Lewis, 20, of Mahaut were jointly charged with murder on March 18, 2022. The four are accused of murdering their family member, David Aires Esprit, 58, of Campbell between February 25, 2022, and March 11, 2022, at Campbell Road. At their court appearance on March 21, the charge was read to them. However, since murder is an indictable offence, they were not required to enter a plea as the matter is expected to be tried at the High Court before a Judge and jury.

On March 10, 2022, Esprit's body was found in an advanced stage of decomposition in Layou Valley in an area known as York Valley. On February 27, 2022, the family reported to the police that Esprit was missing, and merely a week later his vehicle was found in a remote area in the heights of Layou Park in a precipice. Days later, his body was discovered in a ditch about 10 feet off the public road in York Valley.

The men are currently on remand at the Dominica State Prison and the matter has been adjourned to April 1, 2022.

The legalization of cannabis as an economic driver, mandatory vaccination, housing development, geothermal energy, and an international airport took centre stage at the first-ever National Youth Council of Dominica (NYCD) organized National Youth Parliament. Similar to other youth parliaments which have been hosted in Dominica, the event held on March 23 and 24, at the House of Assembly, generated much discourse among Dominican youth.

Nearly three weeks after a 16-year-old Marigot teen was charged with the murder of a Chinese national, the High Court on March 21, 2022 granted him bail in the sum of $150,000. The juvenile is accused of killing Chinese businessman Zhang Zhaopeng between February 22 and 23, in Marigot, contrary to law.

On February 22, videos surfaced of Zhaopeng in Marigot, where he owns a business, with blood gushing from a wound in his head. Zhaopeng was later transported to the Dominica China Friendship Hospital (DCFH) where he succumbed to the injuries the following day.

High Court Judge, Justice Wynante Adrien-Roberts admitted the accused to bail by a Magistrate in the sum of $150,000 with two sureties each satisfying the means and control test. The accused is expected to return to court on June 22, 2022, in Marigot for the start of the Preliminary Inquiry (PI). Since he is a juvenile, he will be entitled to a confidential trial at the juvenile's court; hence, his name has been withheld in this report.

Val Ferry is back

Come April 8, customers of Val Ferry can look forward to the resumption of their services, following a two-year absence due to the COVID 19 pandemic. As reported by event promoter & managing director of Val Ferry Services Dominica, Leroy 'Wadix' Charles, the rotations will resume from Dominica to the French Antilles at the Roseau Ferry Terminal.

Charles noted that global fuel price increases caused by the Russian invasion of Ukraine have directly impacted the trade forcing the company to increase its rate from $310 to $340. He is optimistic that they will soon recommence their one way tripes and is also awaiting approval from the authorities on the reopening of the Portsmouth port which, he says, will carter to their Northern customers.

The Public Procurement and Disposal of Public Property Act No. 14 of 2021 will come into effect on April 1, 2022. The Act was passed by the House of Assembly on December 1, 2021. Cabinet has approved the commencement date according to Section 86 of the Act, which provides for the Minister of Finance to make regulations to give effect to the provisions of the Act. Cabinet has further approved the Public Procurement and Disposal of Public Property Regulations 2022. The key objectives of the Act are to modernize public procurement in accordance with the principles of good governance and to establish the institutions required for the implementation of new legislation, namely the public procurement board and the procurement review council.

The Act also aims to encourage the participation of suppliers, contractors, and consultants in public procurement proceedings. The regulations outline procurement criteria including the requirement to publish open, competitive procurement opportunities; contents required in the bidding documents; as well as the required bid security. According to the regulations, bids will be examined by an evaluation committee to ensure they meet basic eligibility criteria before a more exhaustive evaluation.