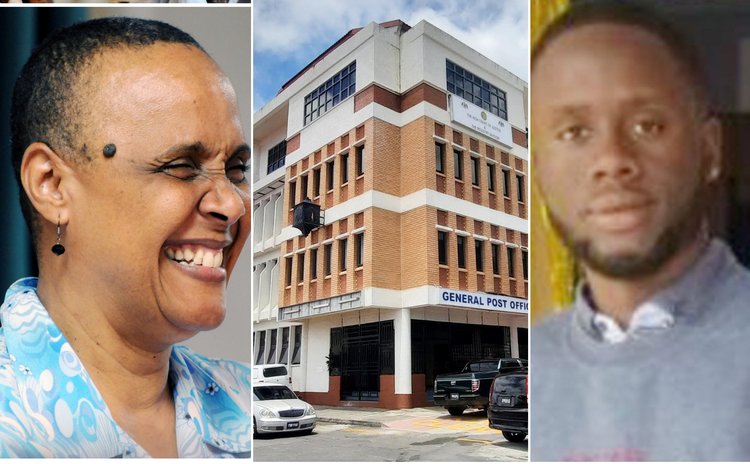 Just a year and a half after migrating to the United States, a former teacher, Peter Panthier,26, has been slain, execution-style. A chilling video released by the NYPD showed the moment the young man was casually shot in the head on March 26 by the man with whom he was walking.

In the video, Panthier and his killer — dressed almost identically in light-coloured hoodies — can be seen strolling together, seemingly amiably, at about 8:10 p.m. on that evening. The other man suddenly pulled a handgun, holding it right up to his victim's left temple — with a flash catching the fatal shot. Panthier immediately stiffened and toppled to the ground, and was pronounced dead at St. John's Episcopal Hospital, police said.

"My son was good," grieving mom Joycelyn Dodds Panthier told The Post, proudly recalling how he had previously taught high school maths and also performed in several plays at the national theatre in Dominica. His father Peter Panthier described his son as quiet, and can't fathom why anyone would commit such a heinous act.

According to the family, Panthier Jr. studied economics, and produced music, hoping for better opportunities in New York City. Police are still looking for the person who shot the aspiring youth point-blank in the head twice.

As of April 1, 2022, individuals seeking to have an antigen test done for work, appointments, and travel will now be required to pay out of pocket for COVID-19 tests. This comes as the government announced that antigen testing will no longer be conducted at the Windsor Park Stadium. Alternatively, anyone experiencing COVID-19 symptoms is advised to visit the Mahaut, Newtown, or Fond Cole Health Centre for testing.

For those who require the test for purposes previously mentioned, they can now do so at the La Falaise Medical Laboratory, Medicus Diagnostics, or Adams Laboratory where the tests cost between EC$100-$150. In September 2021, Prime Minister Roosevelt Skerrit indicated that his government may soon put an end to free testing for COVID-19. As further stated in a general government announcement, PCR testing will continue at the Stadium; however, the public is advised to use the riverside entrance.

The court and affiliated facilities have been relocated to the new Post Office building on Dame Eugenia Charles Boulevard. The new location includes two civil courts, and a grand criminal court as well as several other spacious auxiliaries to the court: a first of its kind prisoner cell, three judges' chambers, a robing room, a meditation room, a spacious waiting area, new registrar chambers, a dedicated department for the probates and deeds section, the civil registry and title registry. The land title and registry division operating on the second-floor boast several new offices within a larger space. The total renovation amounted to over three million dollars, revealed Minister of National Security Rayburn Blackmore.

June 23rd and 24 2022, are the new dates set for students in Dominica to write the Grade 6 National Assessment (G6NA) exams. As reported by Minister of Education Minister Octavia Alfred, due to the late start of the 2021-2022 academic year, as a result of the COVID-19 pandemic, several students did not master some necessary concepts and skills "due mainly to the lack of dependable internet access and instructional support at home." As a result, the ministry of education decided to push the exams from their initial dates of May 26th and 27th to the end of June, allowing students to receive additional instructional support from schools since they are currently engaged in face-to-face learning. According to the minister, this year the Language Arts, Mathematics and Science papers will be done as written paper and pencil exams as in previous years while the Social Science paper will be piloted nationally as an E-paper.

#### First-ever commission for persons with disabilities

According to Minister for Dominicans with Disabilities, Dr. Adis King, the national commission held a virtual inaugural meeting on April 1 2022, where the new board was appointed. She also highlighted that the commission will serve in an advisor capacity and also collaborate in the implementation of identified programmes and policies.