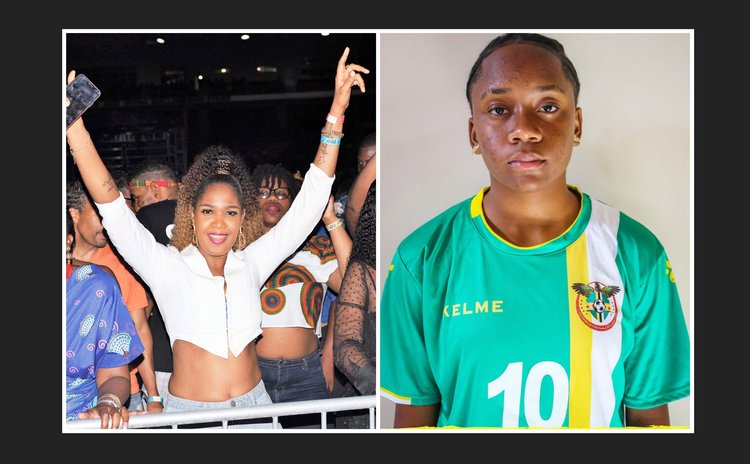 After two years of cancellations, festival lovers can once again look forward to the resumption of the long-awaited World Creole Music Festival (WCMF). The three nights of "pulsating rhythms" which typically attract thousands of visitors and locals have not been held due to the COVID-19 pandemic. However, Minister for Tourism Denise Charles told DBS news that there are plans to have the festival return which will be held from October 28 to 30th to its pre-Covid best. According to Charles, a survey will soon be launched to get the public engaged on the bands and artistes which they would like to have performed at this year's festival.

COVID-19 facilities in Portsmouth shuts down

The COVID-19 facility in Portsmouth which was opened almost a year ago to manage the spread of the deadly virus has now been shut down, due to a decrease in cases. According to Health Minister Dr. Irving McIntyre, people who test positive and need to be isolated can now do so at the Dominica China Friendship Hospital (DCFH). According to the health minister: "That just shows how well we've managed and we've brought down our cases. so we can now move back to the DCFH since Portsmouth is no longer necessary at the time."

A German national is the latest drowning victim

The police are left to investigate another suspected drowning, once again in the community of Calibishie. Uwe Mullar, 69, of Germany who at the time was vacationing in Dominica, has been identified as Dominica's fifth drowning victim for 2022. According to information from the police, Mullar, on the third day of his visit, died while diving in Calibishie on April 2, 2022.

A witness account, according to the police, while diving Mullar complained of feeling unwell, and during attempts to bring him back ashore, he submerged. He was then rescued but on arrival at the shore, his diving companion noticed that he was unresponsive and called for assistance. Attempts made to resuscitate him proved futile and he was later pronounced dead.

This incident comes almost two weeks after Keshun Titre, 22, from Wesley, drowned on March 24 in his community. Before this, drowning claimed the life of Boniface "Bonnet" Lovelle of Coulibistrie, who drowned, as he encountered difficulties getting back to shore while at sea.

In February, Dominica also recorded two drownings in the north. On February 20, 2022, Joffre Trevor Cognet, 60, of Portsmouth drowned at the Batibou beach in Hampstead. Less than a week later, on February 26, 2022, Erickson "Bo" Piper,39, of Cochrane encountered difficulty whilst swimming at Purple Turtle beach and later passed away.

Dominica secures a major win against Turks and Caicos

Starr Humphreys stole the spotlight as she registered a hat-trick that piloted the Dominica team to victory last week against Turks and Caicos.

The Dominica Senior Women's National Team earned their first three points in the CONCACAF W Qualifiers with an 8-1 thrashing of their opponents at the Windsor Park Sports Stadium.

Kasicka Samuel opened the scoring for Dominica in the 11th minute of the match; other goals came from Sari Finn in the 33rd and 40th minute respectively. Kylee Bertrand got on the score sheet in the 84th and Britney Dennis sealed the rout in the 90th minute with her first international goal.

The home team failed to score any goals in their first two games in Guyana.

Following this result at the Windsor Park Sports Stadium, Dominica remains 4th in Group F with 3 points while Turks and Caicos are at the bottom. Nicaragua who occupies the 3rd position has a better goal difference over Dominica. The Nature Island girls' next match will be against Nicaragua on April 12th in Managua, Nicaragua.

Dominicans may soon travel to US Virgin Islands visa-free

Travelling from Dominica to US Virgin Islands may soon become easier, as the Biden administration has approved the Virgin Islands Visa Waiver Act – a move that makes it possible for visitors from the Caribbean to visit the US territory for up to 45 days without a visa.