Dominica last Week: Top five stories you may have missed 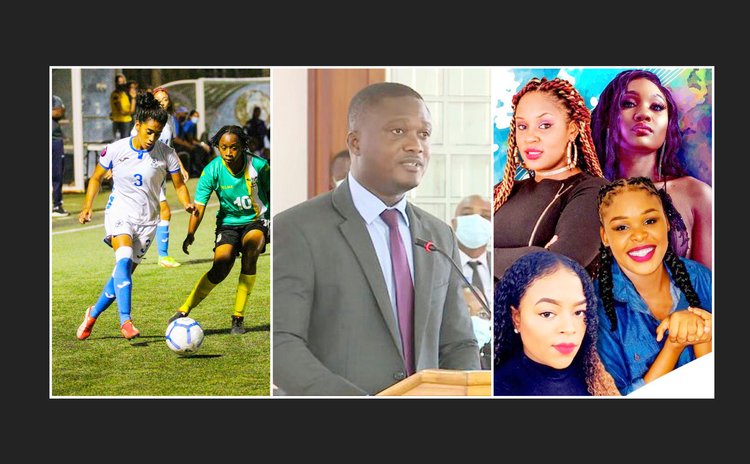 Cheaper fuel may soon be a reality

Skerrit further proposed the removal of the freight and insurance costs as part of the consideration for being charged custom duties.

Following a two-year hiatus, due to the COVID-19 pandemic, Jazz n' Creole returns and will be headlined by two foreign acts in the name of Teddyson John from St Lucia and JSJ Trio from Guadeloupe.

On Sunday, May 1st, 2022, Cabrits National Park/Fort Shirley in Portsmouth, will once again come alive for the 11th edition of the popular, family-friendly festival which is a perfect blend of Jazz music with Creole music, food, and culture.

The end of the road for Dominica in the CONCACAF tournament

It was a sad defeat for Dominica on the evening of April 12, as the team bid farewell to any hope of advancing in this year's CONCACAF tournament. Coming off an 8-1 victorious encounter the previous week against the Turks and Caicos Islands, Dominica had hoped for a better result in the match against Nicaragua. However, the Dominica Senior Women's National Football Team suffered a heavy 10-nil defeat from Nicaragua in their final group game in the CONCACAF W qualifier.

What may have gone wrong?

Head coach of the local team, Albert Titre highlighted that the fact that the game was played on artificial turf instead of a grass pitch put the Dominican team at a disadvantage as they only had one hour of practice in this new environment. Nevertheless, he commended the ladies for the trials they faced with COVID-19 and said the game was a learning experience for the women.

A joint partnership between the Caribbean Development Bank (CDB), the United Kingdom (UK) Government, and the Government of Dominica will see the funding of two infrastructure projects at a cost of EC$239 million to increase climate resilience in Dominica.

During a recently held press conference, Prime Minister Roosevelt Skerrit revealed that among these projects will be the rehabilitation of 11km of roadway between the Loubiere Bridge and Grand Bay at a cost of EC$132.4 million. This project, he explained, will be financed with grant funding of US$32.9 million (EC$88. 8 million) from the Government of the United Kingdom, a Government of Dominica contribution of US$10.7 million (EC$28.8 million), and a CDB loan of US$5.5 million (EC$14.8) million to cover the construction of the Mitchum Bridge.

With Dominica's water system a major concern, EC$106.7 million will be injected into the Water Sector Strategic Development Project to improve water supply and distribution infrastructure and upgrade the Jimmit wastewater system.

Financing for this project comprises a UK Government grant of US$30.3 (EC$81.8 million) and a contribution of US$9.2 million (EC$24.8 million) from the Government of Dominica and DOWASCO. According to the Prime Minister, the procurement process for the road project is underway and bids are to be submitted by April 26, 2022, with a projected date of June 2022, for the awarding of the contract.

Additionally, Skerrit announced that the contract for the water supply project would be awarded by August 2022, with physical works expected to commence in September 2022.

Dominica joins CARICOM in the reduction of roaming rates

Dominica and other CARICOM citizens could start enjoying the benefits of the reduction of roaming charges as early as the second quarter of this year as major steps are being taken to target this issue within CARICOM, says Telecommunications and Broadcasting Minister, Oscar George.

Following a mandate from the Heads of Government of CARICOM, discussions began in August last year between a CARICOM negotiating team and two of the major telecommunications providers in the region.

In late February 2022, Prime Minister of Grenada, Dr. Keith Mitchell, signed a declaration to reduce roaming charges, signaling a milestone on the road to the total elimination of those charges, which George labeled as "very serious."

Since then, he reports that a ministerial committee has been established to explore the issue of roaming, and also an advisory committee of which Dominica's director of telecoms Bennett Thomas is a member.

"Ideally we want to completely eliminate roaming but it is a lot more difficult than we think so what we are saying is the first step is to reduce it so we have been in consultation with the service providers and they have come to an agreement to reduce roaming over a period of time," George said.