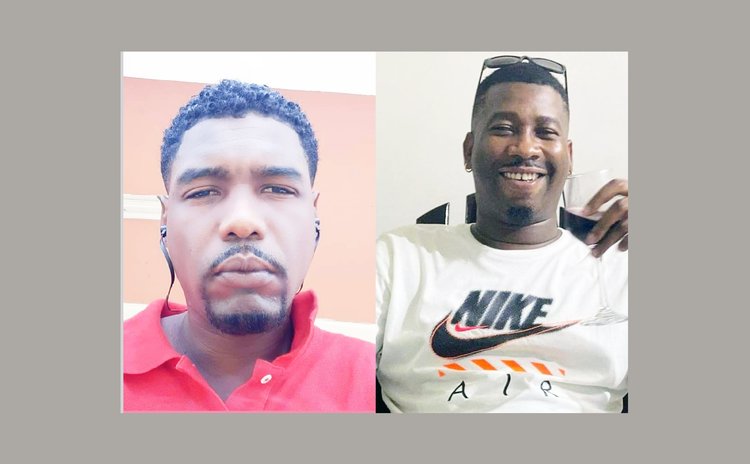 Two homicides in just over 24 hours

The lives of two Dominican males have been claimed, as these individuals were gunned down, just a little over 24 hours apart.

On May 12, 2022, a drive-by shooting in the community of Bath Estate resulted in the death of local artist Ron Garth Jolly of Louisville. Jolly, who was a local artist known in the entertainment industry as Burn Brain was in Bath Estate with a group of friends when a vehicle approached them and an occupant opened fire.

According to a police report, Jolly received multiple gunshot wounds to his back, left arm, chest, and head. The victim who was on bail for the alleged manslaughter of Kent Albert Lewis was rushed to the Dominica China Friend Hospital (DCFH) where he was examined and officially pronounced dead by a medical doctor at 9:54 p.m. on Thursday.

The next evening, the killing of a Fond Cole man brought the total number of homicides for the year up to eight after he suffered the same fate as Jolly.

According to information from the police, just before 10:00 p.m. on Friday 13, 2022, 38-year-old Lester Charles was also shot and killed in front of his home in Yampiece.

Just three months before, on February 26, Charles sustained a gunshot wound to his head in the community mentioned above which left him nursing injuries for some time at the Dominica China Friendship Hospital (DCFH). The police stated after the attack that they were in search of the unknown shooter who fled the scene shortly after the crime.

The Independent Regulatory Commission (IRC) has sought to address the removal of unsafe utility poles owned by Dominica Electricity Services (DOMLEC) Limited and as such, will soon be issuing an administrative order to DOMLEC to address the matter.

The only electricity company on the island has pole-sharing agreements with both telecommunication providers, which allow them to lease its pole for a specific period to enable FLOW and Digicel to deliver their services to customers.

Therefore, according to the Executive Director of the IRC, Justinn Kase DOMLEC is expected to coordinate with FLOW and Digicel to ensure their electrical hardware is transferred or removed from an old pole when DOMLEC installs a new pole.

However, he says that upon close inspection of DOMLEC's pole sharing agreement it was identified that the company does not honour the clause in their agreement for the legal transfer of ownership to the telecom utilities. The Commission says that it has written several letters to DOMLEC from 2018 to 2021, as well as to the management of FLOW and Digicel in 2020 seeking their cooperation to remove their hardware from DOMLEC's old poles. Kase noted Digicel has been cooperative.

An application made by Dr. Thomson Fontaine to vary his bail conditions, to be able to return to South Sudan where he is gainfully employed, has been approved by the court with his surety being present.

The former International Monetary Fund (IMF) economist who is presently on a $75,000 bail has for the past four years, been employed as an economic and international policy adviser to the government of South Sudan, Africa.

Late last month, Dr. Fontaine was arrested at the Douglas Charles airport on arrival in Dominica, on a bench warrant issued by Magistrate Asquith Riviere on November 22, 2018, following his failure to appear at two court hearings.

Fontaine's arrest stemmed from an incident that dates back to February 7, 2017, when the parliamentary opposition United Workers Party (UWP) held a meeting on Kennedy Avenue in Roseau calling for the resignation of Prime Minister Roosevelt Skerrit following which several businesses were vandalized in the capital city.

Dr. Fontaine's matter has been set for 8 August 2022 and he is expected to return to Dominica sometime in July.

Mask wearing may soon be dropped

Residents of Dominica may soon be allowed to move around the island mask-less, as Health Minister, Dr. Irving McIntyre has announced that government officials will soon meet to review the mask mandate.

However, Dr. McIntyre opined that members of the public should continue wearing their masks in public places and shared places as it protects citizens and prevents the transmission of the virus.

Revealing that there has been an increase in the positivity rate because the government relaxed the restrictions "like every other country in the world," Dr. McIntyre reiterated that adherence to the basic COVID-19 guidelines is the only way to fight the virus.

The Government of Dominica recently relaxed several Covid-19 restrictions which many have stated led to the steady increase in COVID-19 cases that the country witnessed last week. Based on the figures, almost 600 active cases were recorded in the past week.

Eye patients in Dominica now have greater access to quality eye care, with the formal opening of the Brenda Strafford Foundation Eye Centre, at the Dominica China Friendship Hospital (DCFH).

The facility, which has been in the works for over two decades, was officially commissioned on May 12, which the head of the Ophthalmology Department, Dr. Hazel Shillingford- Ricketts labelled as a "vital move" not just in Dominica, but across the region.

The new facility is equipped with a nursing station for processing patients on arrival, six examination rooms, one for use by ophthalmic technicians, three rooms for use by the ophthalmologists, and the fifth for fundus photography and non-freeze visual fields, and the final is dedicated to various laser treatments.

Other perks include an operating suite with the potential for eye surgery to be performed six days a week instead of once a week and three ophthalmologists in the public sector instead of one.

It was also revealed that the department of anaesthesia is expected to start three pre-up clinics at the Brenda Strafford foundation eye centre for patients booked to have eye surgery as well as to provide monitored and aesthetic care during surgery. There will also be an eye clinic five days a week and one district eye clinic per week at the new eye centre.

Plans are also in place to introduce a low vision clinic and a clinic for the rehabilitation of blind people for independent living.