Dominica last week: Top five stories you may have missed By Ronda Luke 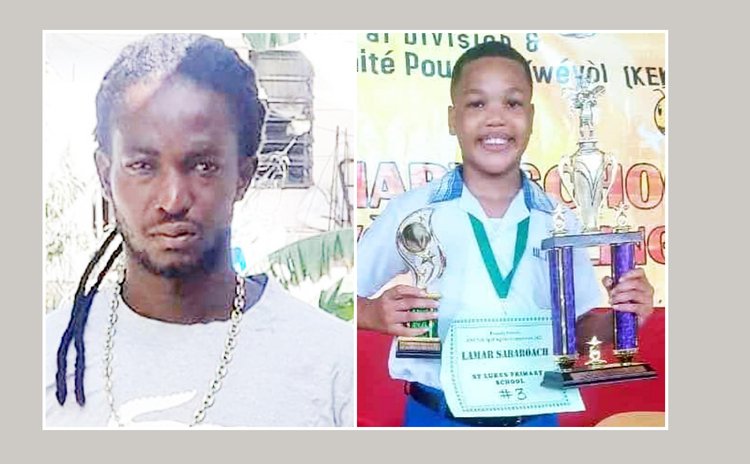 Attempted robbery results in the death of a 32-year old

An alleged attempted robbery seems to have gone wrong for 32-year-old Kennon Etienne, as he became Dominica's ninth homicide of 2022.

According to Chief of Police Daniel Carbon, Etienne was fatally stabbed at about 9:48 p.m. on May 19, 2022, when he and another unidentified individual entered the home of a young male.

"It is alleged that Dwayne George, male 29-years-old of Massacre, was entering his home when he was attacked by two men armed with firearms," Carbon said. "During the attack, the assailant attempted to rob George of a gold chain from his neck and a fight ensued in the house, during which time George defended himself with a knife that was in his possession."

He further revealed that Etienne sustained a stab wound to his stomach before running out of the house with his assailant. When the police arrived on the scene, the deceased was met near the house bleeding profusely.

Etienne, who is also from Massacre, was then transported by the Fire and Ambulance Services to the Accident and Emergency Department of the Dominica China Friendship Hospital (DCFH) where he was pronounced dead by a medical doctor.

According to the Police Chief, an investigation into the matter continues as the police are in search of the other assailant involved in the alleged robbery.

A Police officer gets bail for sex-related offences

A police officer, arrested and charged on a complaint of sex-related allegations is now on $30,000 bail following his appearance in court. The accused appeared before the Roseau Magistrate Court on May 16, 2022, charged with three sex-related offences against a young adult woman.

The charges were read to him but he was not required to enter a plea since the matter is an indictable offence that is expected to be tried in the High Court of Justice before a judge and jury.

At the court hearing, his attorneys David Bruney and Wayne Norde made a bail application which was granted by Magistrate Michael Laudat in the sum of $30,000 with certain bail conditions attached.

The matter has been adjourned to September 20, 2022, for Preliminary Inquiry (PI) to determine if there is enough evidence for it to be tried at the High Court.

Landowners wishing to construct a home in Dominica will now have a new set of building codes and guidelines to abide by. This as the Cabinet of Dominica has approved the new Building Codes and Regulations 2022.

He further stated that the regulations "which is the enforcement part of it," speaks to how it gives detail of what needs to be done, and how it should be monitored and supervised, and enforced.

According to him, essentially the code is to provide the guidelines – the instruction manual – as to what should be done to ensure that persons can adhere to the standards of construction.

More money is needed to complete the long-awaited cathedral

The Catholic community in Dominica is being urged to dig deeper into their pockets to assist the church to raise the EC$7 million needed for the completion of the Cathedral of Our Lady of Fair Haven, in Roseau.

Started nearly a decade ago, the renovation of this 1903-year-old cathedral has come some way but there's much more work to be done before priests and bishops and choirs and the faithful sit on pews and sing together and praise God.

At the start of a recent fundraising drive, members of the committee urged the public to contribute as much as possible so that the building can finally be completed.

When the renovation project started in 2013, Bishop of Roseau Gabriel Malzaire indicated then that the renovation was scheduled to take three years if all the money was available. The sum needed for the full project was $8 million. By November 2013, $4.4 million had been raised and $3.6 million spent. To date over nine million has been spent on the renovation of six out of the seventeen lots that needed to be completed.

For the second consecutive year, a student of the St. Luke's Primary School has once again captured the title of the Primary Schools Kwéyòl Spelling Bee champ. Lamar Sabaroach outshined his peers at the competition held at the Alliance Francaise on May 18. The second position was captured by Peniel Innocent of the Woodford Hill Primary and in third place, representing the Penville Primary was Kia Robert.

Six schools were expected to compete, however one school was unable to send a competitor (Baroness Patricia Scotland Primary) due to Covid-19.

The other participants were Radhika Frederick of the Atkinson Primary and Samuel Innocent representing the Christian Union Primary.

The 12th Edition of the Kwéyòl Spelling Bee was hosted by the Konmite pou Etid Kwéyòl (KEK), in collaboration with the Ministry of Education and the Cultural Division.