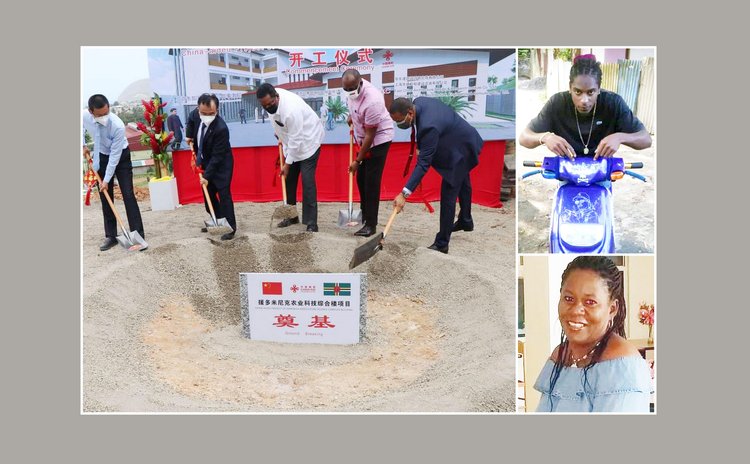 Just 6 months into the year and Dominica's homicide rate have already matched the total number of killings which the country recorded in 2021.

The latest victim is 29-year-old Mordecai Mains who was shot and killed at the Dame Mary Eugenia Charles Boulevard in Roseau.

According to Sergeant Fixton Henderson of the Criminal Investigation Department (CID) the incident which claimed the life of the Bath Estate resident occurred at about 1:00 a.m. on Saturday 11 June 2022, in the vicinity of the Ferry Terminal in Roseau.

The body was transported to the Dominica China Friendship Hospital, where it was examined and pronounced dead by a medical doctor at about 1:30 a.m. that same morning. Road accident claims Dublanc native's life

A road fatality in the north of the island on June 6, claimed the life of 49-year-old Nicole Humphrey, of Dublanc who resided in Savanne Paille.

At the time of the incident in an area known as Tibay, police say Humphrey was driving a black CRV registration number PZ478 in a northern direction with family members when her vehicle collided with a Nissan Frontier registration number PZ541 owned and driven by Shane Carriere of Borne, who was travelling in a southerly direction.

The accident which is said to have taken place at about 11:20 a.m. caused serious injuries to the occupants of both vehicles who all had to be transported to the Reginald Fitzgerald Armour Hospital at Portsmouth. There Humphrey was examined and pronounced dead at 1:00 p.m.

The other occupants were later transferred to the Dominica China Friendship Hospital (DCFH).

Dominica is out of the CONCACAF Nation's League

It was their final opportunity to keep their chances alive after two successive draws against Anguilla.

However, in the 54th minute, Jarvic McFarlane got the go-ahead goal for St Lucia and crushed Dominica's hopes of qualifying for the next stage of the CONCACAF Nation's League.

On Thursday, the Men's senior national team took on the neighbouring island at the Windsor Park Stadium in a crucial Group C match in League C of the tournament. Dominica needed this win to stand a chance of qualifying for the next stage, however, St Lucia held their nerve for the 1-nil win.

For the sixth time this year, the Commonwealth of Dominica Police Force is to investigate another suspected drowning incident, this time in the community of Newtown.

According to information received from the authorities, a body fished out of the sea in the Southern community has been identified as Michael Charles of Roseau.

Sergeant Fixton Henderson of the Criminal Investigation Department (CID) reported that on June 6, 2022, at about 2:45 p.m., the body of the 56-year-old who resided in Cork Street, Roseau, was found submerged in the sea, about 20 feet from the shore near the jetty at the Newtown Fisheries area.

Other drowning deaths for the year include 69- year-old German national Uwe Mullar, who died while diving at Calibishie on April 2; 22-year-old Keshun Titre, from Wesley also drowned in his community on March 24; Boniface "Bonnet" Lovelle of Coulibistrie, who was in his late 60's, lost his life on March 5, when he encountered difficulties getting back to shore while at sea; Joffre Trevor Cognet aged 60 of Portsmouth who drowned at the Batibou beach in Hampstead on February 20 and 39-year-old Erickson "Bo" Piper of Cochrane also encountered difficulty whilst swimming at Purple Turtle beach on February 26, 2022.

A new agricultural facility which is expected, among other things, to yield significant benefits for the sector and produce 100,000 plants per year has officially commenced in the town of Portsmouth.

The Government of Dominica through the Ministry of Agriculture broke ground for the construction of the Dominica Agricultural Science Complex funded under the China-Aided Project at the One Mile Agricultural site in Portsmouth.

The EC$10-million project will enable the production of clean planting material for farmers engaged in commercial production and expand the base of varieties of plant species.

According to the authorities, this initiative further expands the scope of technical assistance being provided to the Ministry and farmers island-wide.