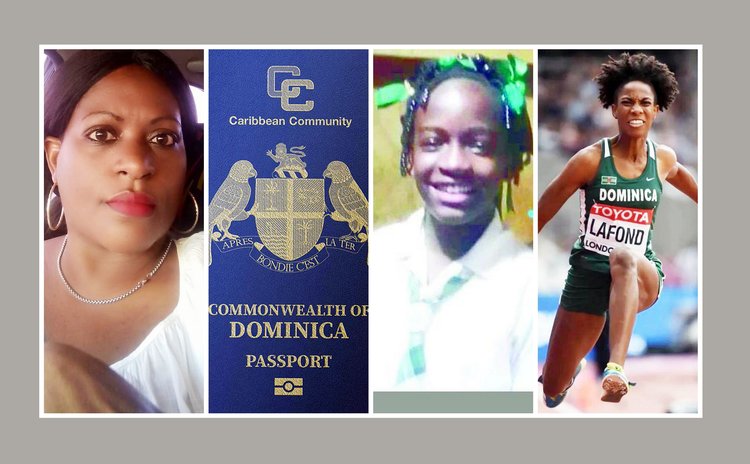 In the next coming days, the public will soon be able to say farewell to wearing a face mask in open spaces.

Health Minister, Dr. Irving McIntyre says the government has been studying local and international data to arrive at this decision.

While he notes that such changes will be put in place for being "out on the road" or "on the savannah," the Health Minister stressed that such changes will not go into effect for closed spaces, such as an office or "small environment where people are close together [and] there's maybe no proper ventilation we have to keep it there still."

Last week, July 7th, 2022, officially marked one month since 12-year-old Kernisha Etienne vanished from her home in Warner without a trace.

Since then, Chief of Police Daniel Carbon says there has been no reported sighting of the child, a grade five student of the Warner Primary School.

At the time of the abduction, Etienne, who resided with adoptive parents, Elizabeth Titre-Bruno and Joseph Bruno, was wearing a yellow nightgown and a pair of pink night slippers.

The following day after her disappearance a brown teddy bear, the right side of pink night slippers, a yellow washcloth, and a black belt, were recovered about 450 feet southwest of the house where Etienne resided.

The right side of the pink night slippers and the teddy bear were identified by the adopted mother as belonging to the 12-year-old, however, the belt and washcloth have not yet been identified.

A few days later, on June 9, the left side of pink night slippers was found about 150 feet from the victim's house.

Carbon said that since the start of the investigation, searches have been conducted in Sultan where her alleged abductor Keyan Alexander - who has since been shot and killed by the police- was seen the night before the incident. In Belles, Syndicate, Sylvania, Jimmit and Belfast, warmer Sultan, Brookhill, Layou Park, Corona, Clark Hall, and other communities to no avail.

According to reports, the athlete who made a name for herself in the sporting sector was involved in a motor vehicular accident and was taken to the Dominica China Friendship Hospital (DCFH) and later succumbed to her injuries.

The Dominica Olympic Committee (DOC) has since expressed their condolences to the family and friends of Joseph-Hamilton, who they labeled as "an outstanding netball athlete and coach who was well-loved by her teammates."

"Mrs. Joseph-Hamilton will be missed by not only the Dominica Netball fraternity but the entire Dominica sporting community," the DOC message read The 52-year-old is survived by her husband Myke Hamilton and one daughter.

There's a six-month extension to replace the E-passport

The Government of Dominica has granted a six-month extension for the replacement of the machine-readable passport with the new E-passport.

In January 2022, the government announced an amendment to the transition period from the machine-readable passport to the new E-passport from the initial two years -July 2023- to six months, -August 31, 2022.

In making the announcement on the change of the "final deadline "deadline, Minister for National Security, Rayburn Blackmore, noted that moving to the E-passport as soon as possible to ensure that Dominica's passport is compliant with international standards remains one of Dominica's goals and the government remains focused on the needs of Dominican nationals both here and overseas.

"Having considered the number of issues and being mindful of the challenges that we all are fully aware of as well as requests from you, the Dominican public, for additional time for applying for the new E-passport, your government has decided to extend the deadline for transitioning from the machine-readable passport to the new E-passport to December 31, 2022,"

According to the Minister, since the launch of the E-passport on July 26, 2021, a total of 31,347 passports have been printed and issued.

Eleven of Dominica's athletes accompanied by seven officials and support staff will represent the island on the international sporting stage at the end of the month at the Birmingham 2022 Commonwealth Games. According to the Dominica Commonwealth Games Association (CGA), the competition which will be held in Birmingham, England will commence on July 28th, 2022, with the Dominica team led at the opening ceremony by national triple jump and long jump record holder, Commonwealth Games bronze medalist, and two-time Olympian, Thea Lafond.

Cyclist Kohath Baron and Kevon Boyd accompanied by coach Levi Baron have been selected to represent the island for road cycling.

The team will be headed by Chef de Mission, Woodrow "Woody" Lawrence OLY for the international multi-sport event for members of the Commonwealth is scheduled to run from 28 July to 8 August 2022.