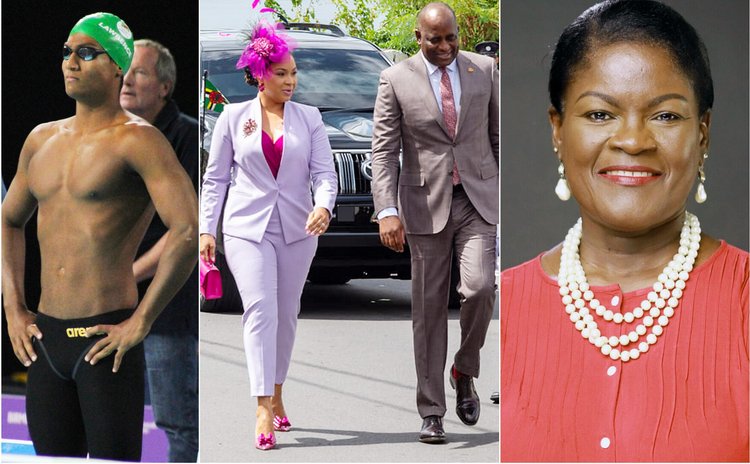 The removal of fuel surcharge on every DOMLEC customers electricity bill; a 50 percent reduction in the motor vehicle licenses for one year on public service vehicles used for carrying passengers as well as trucks and dumpers available for hire; the discontinuation of the Highway Maintenance Levy; decrease in transfer fee for potential homeowners as well as the removal of VAT on agricultural tools and potting soil are just some of the measures announced in this year's 1.2 billion dollar budget to ease the rising cost of living.

While delivering the 2022/2023 national budget at the First Meeting of the Third Session of the Tenth Parliament on Tuesday, 26th July 2022, Prime Minister and Minister for Finance and Investment, Roosevelt Skerrit, highlighted that during this fiscal year, non-tax revenue is estimated at $513.8 million or 57.3 percent of the total recurrent revenue, which is predominantly receipts from the Citizenship By Investment (CBI) Programme.

Skerrit went on to disclose that the largest allocation of the recurrent estimate is under the Ministry of Finance in the amount of $258.1 million, followed by the Ministry of Education Human Resource Planning, Vocational Training, and National Excellence in the sum of $78.8 million.

The recent upsurge in child abuse cases and gun-related offenses has attracted the attention of Dominica's president, His Excellency Charles Savarin who is calling for assertive effort from all citizens to address this growing problem. According to President Savarin, data obtained from the Social Welfare Division indicate a 20% increase in the number of reported cases of child abuse over the past two years, ranging from sexual abuse, incest, teenage pregnancy, neglect, and physical abuse.

He further disclosed that statistics from the criminal records office of the Dominica Police Force reveal several incidents of criminal offenses involving the illegal possession of firearms and ammunition over the past three years.

As such, he stressed that these two matters of concern, if not aggressively addressed by all members of society, will not only negatively impact the country's national security, but also the social and economic development and advancement of the country.

Dominican team heads out to participate in Commonwealth Games

An 18-member delegation comprising of 11 athletes and seven officials and support staff who is presently representing Dominica at the Commonwealth Games in England is looking to outshine the previous medal tally of two achieved at the games in 2018.

The team, detailed below, is headed by Chef de Mission, Woodrow "Woody" Lawrence OLY, who has a wealth of knowledge and experience in this role, both from a managerial and athlete perspective.

The Road Cycling coach is Levi Baron and his two athletes Kohath Baron and Kevon Boyd, who are both the youngest to compete for Dominica in the games.

The Dominica CGA will also be supported by physiotherapist Kaitlyn Larocque, press attaché Garvin Richards and attaché Chae Horsford, whilst accompanied by the president Mr. Billy Doctrove and secretary general, Ms. Fenella K. Wenham who, in addition to other duties will be attending the Commonwealth Games Federation General Assembly.

Brendan Williams, Dominica CGA athletes' representative will also be present at the games primarily in his capacity as chair of the Commonwealth Games Federation (CGF) Athlete Advisory Commission.

More on the various athlete's performances will be published in the Sun's next publication.

During the Planners Association of Dominica (PAD) first Annual General Meeting (AGM) Annie Edwards was elected to serve at the helm of the 14-member organization. The aim of the association- which is a member of the Caribbean Association of Planners and the Commonwealth Association of Planners- is to advance the practice of planning as a profession in support of safe, healthy, inclusive, resilient, and sustainable settlements and environments, and in all its aspects ensure the interests of its members and the general public.

The PAD says that it will be guided by Sustainable Development Goal 11: 'Make cities and human settlements inclusive, safe, resilient and sustainable. Therefore, its areas of focus are climate change, the dominance of private vehicles within the city of Roseau, the designs of our city and communities and public realm.

To be accepted into the programme, students must have five CSEC subject passes at a general proficiency level with grades 1, 2, or 3, including English A or mathematics, a completed application form, one passport-size photo, the biodata page of their passport or birth certificate and application fee $90 (non-refundable). The admissions deadline is August 5, 2022.