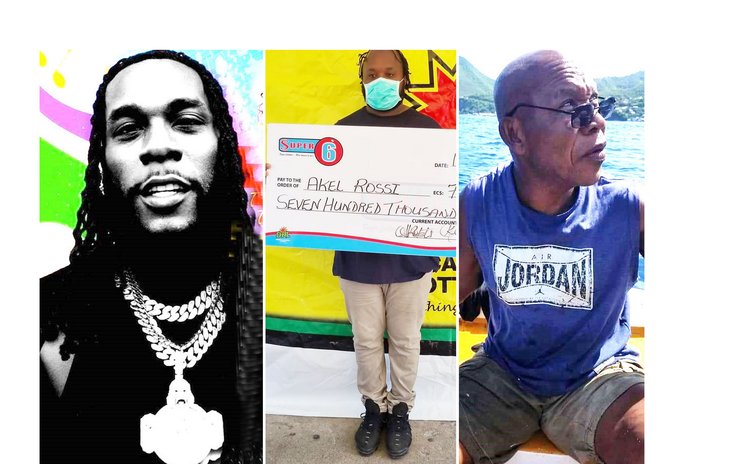 It's been some time since well-loved fisherman Huron Vidal vanished at sea, leaving his family in search of answers.

According to the daughter of the missing former police officer, Brianna Vidal, her father was last seen by his son on the morning of Thursday, August 11, 2022, around 8:30 am, while heading out to sea in a small boat which is painted white on the outside and yellow on the inside.

She stated that at the time, the 73-year-old was wearing a blue t-shirt, khaki shorts, and a blue hat as well as glasses.

Since Vidal's disappearance, there have been countless search and rescue operations from local and regional authorities.

Acting inspector of police Fixton Henderson has revealed that at about 1 pm on August 15 fishermen from the community of Colihaut discovered what appeared to be human remains while at sea, but have not determined whether the remains are that of Mr. Vidal's.

Until then, he urges anyone with information to contact the authorities.

The sounds of Africa will be among the rhythms of the World Creole Music Festival (WCMF) 2022 as two of the continent's top stars have been added to the cast of performers.

For the first time on Dominican soil will be Nigeria singer and songwriter Burna Boy who has been a flag bearer for the Afrobeats genre with his songs "Last, Last" and "Ye" achieving global recognition. The Nigerian mogul has also been announced as this year's headline act.

He will also be joined by fellow Nigerian Omah Lay, who is also known for his lyricism with his 2020 hit "Bad Influence" gaining worldwide popularity.

Both men will hit the big stage when the event is held from October 28 to 30 2022, following a two-year hiatus.

From the French-speaking Caribbean: Chire Lakay, Enposib, Admiral T and Kadilac and Bedjine. Soca: Patrice Roberts and Kes the Band

Two weeks before becoming Dominica's second Super6 winner and fourth individual in the Windward Islands to win the Super Six Jackpot for 2022 now thousandaire Akel Rossi says that he had given up on playing the lottery and had thrown away all of his tickets.

However, while lying on his bed one day, a set of numbers came to mind, which he immediately wrote down and decided to test his luck for the final time.

As fate would have it, those numbers would be winning ones to the $700,000 Super6 jackpot.

The 29-year-old Tarish Pit resident says that he intends to invest the money into a trucking business since he is a trucker by profession.

A 41-year-old man from a community on the south of the island is remanded in custody at the Dominica State Prison following two sex-related charges preferred against him by the police.

The accused appeared before Magistrate Michael Laudat on Monday, August 15, 2022, where the charge of indecent assault and Unlawful Sexual Connection (USC) was read to him. He was not required to enter a plea as the matter is an indictable offense and is expected to be tried at the High court before a Judge and jury.

The alleged sexual acts are said to have been committed earlier this month against a female minor who is aged 7 years and 11 months.

The matter was adjourned to November 29, 2022, for Preliminary Inquiry.

The police are also conducting further investigations against the 41-year-old man for alleged sexual offenses committed against two other female minors aged 9 and 7.

In keeping with section 38 of Dominica's Sexual Offences Act of 1998, the names of the accused cannot be published unless he is convicted by the High Court of Justice for the alleged offence.

During the last week, Dominica health minister Dr. Irving McIntyre reported an increase of 7.1%, in the COVID-19 positivity rate on the island.

While urging the nation to "act responsibly," the health practitioner cautioned the public to not let down their guard and encouraged alertness, vigilance, and adherence to all the protocols.

At the time of the report, he revealed that a total of six people were hospitalized- three males and three females, ages ranging between 20 and 86 and the median age is 66 years.

"Five out of the six have comorbid conditions and one is in critical condition; that's a 53-year-old female," Dr. McIntyre said. "No new deaths and in terms of recoveries, 102 new recoveries, so the total active cases stand at 73 presently."

He went on to state that the country's full vaccination population is 44%, while the partially vaccinated population is 3.4% and to date, 68 deaths have been reported locally as a result of the virus.

According to the health minister, the mask mandate remains in effect in Dominica and is presently being reviewed by the cabinet.