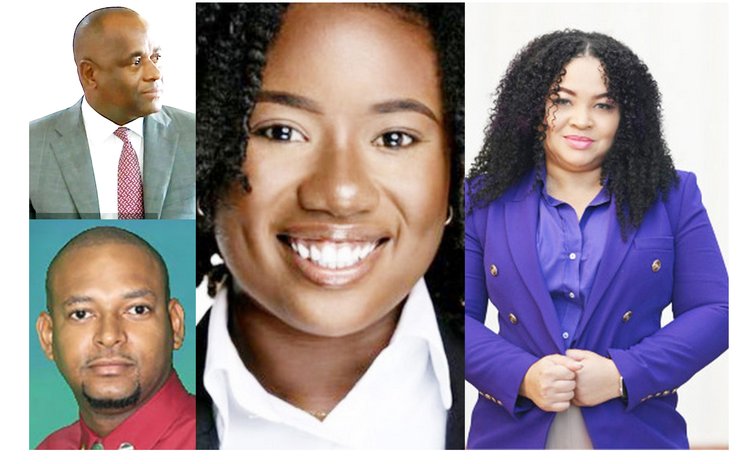 Parliament has approved three pieces of legislation tabled by the Government of Dominica to strengthen systems in the fight against money laundering and the financing of terrorism.

Prime Minister Roosevelt Skerrit has called on the international community to examine the possibility of developing "one umbrella" legislation as Dominica continues its efforts to deal with money laundering and the financing of terrorism.

Skerrit, whose government Monday, successfully tabled and got parliamentary approval for three pieces of legislation to strengthen systems in the fight against money laundering and the financing of terrorism, said the proposed umbrella legislation could be "standard legislation across the global space".

"We have come to Parliament numerous times to make amendments to legislation to play our part in protecting our country and protecting the global space," Skerrit said. "They sometimes appear to be nuisances, but they are important and so…we may come back here in a few months' time to make further amendments"

Skerrit told legislators that the reality is in defence of the European Union and the Organisation for Economic Co-operation and Development (OECD) and to the National Advisory Unit "this is a moving target".

Parliament has since approved amendments to the Money laundering Prevention Bill, the Proceeds of Crime and Suppression of Financing of Terrorism Bills.

#### Hilaire and Lowe were elected as the head of DIAC

Brenton Hilaire, the Agency Manager of Sagicor Life [Easter Caribbean] Inc. and Ms. Tamara Lowe, country manager for Tropical Shipping, have been elected at the helm of the Dominica Association of Industry and Commerce (DAIC).

Hilaire, President, and Lowe Senior Vice President were chosen as the membership of the leading private sector representative body in Dominica and elected a new Board of Directors to serve the 2022-2023 term at the 2022 Annual General Meeting held on August 25th.

The members were further encouraged to continue to work together to develop relationships with fellow businesses within the private sector, the citizens and the Government to withstand multi-hazard risks and shocks to the economy.

The Government of Dominica, specifically the Ministry of Tourism, International Transport and Maritime Initiatives has announced amendments to protocols for entry into the Commonwealth of Dominica.

Triumphing over 12 other nations with active Citizenship By Investment Programmes, Dominica for the sixth consecutive year has topped the annual CBI Index.

These aspects are reflected by the CBI Index's nine pillars: Freedom of Movement, Standard of Living, Minimum Investment Outlay, Mandatory Travel or Residence, Citizenship Timeline, Ease of Processing, Due Diligence, Family, and Certainty of Product.

Dominica scored full marks in the areas of Minimum Investment Outlay, Mandatory Travel or Residence, Ease of Processing, Due Diligence, Family, and Certainty of Product.

Prime Minister Roosevelt Skerrit said his government remains committed to doing what needs to be done to have a successful CBI Programme.

Two Dominican students, Debra Francis and Devi St. Luce were among a selected list of applicants successfully chosen for the prestigious Chevening Scholarship.

Fourteen Chevening scholarships, fully funded by the British Government, were awarded to successful candidates from Dominica, Barbados, Grenada, St. Lucia, St. Kitts and Nevis, and St. Vincent and the Grenadines. These recipients will pursue one-year Master's Degrees at several renowned universities in the United Kingdom.

The Chevening Scholarships scheme is the global scholarship programme of the British Government.