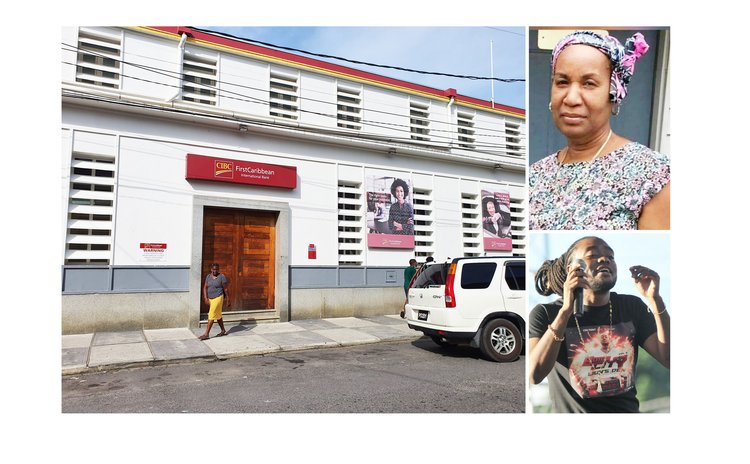 Vehicle accident claims the life of husband and wife

An elderly married couple who resided in Canefield has been identified as the victims of a fatal car crash that occurred on September 2, 2022.

According to a report from Acting Inspector of Police, Fixton Henderson, on that date, a Honda CRV registration # PI 225 was being driven by 92-year-old Arthur Thomas "in a southerly direction along the Dublanc public road, in the Morne Espagnol area when the vehicle apparently ran off the road and collided with a cliff on the eastern side of the road."

Henderson said the vehicle which contained two other occupants, was extensively damaged.

The other occupants were 68-year-old Jean Lloyd Thomas, wife of Arthur Thomas, and 72-year-old Oliver Marie, of Barbados who also resided at 12th Street Canefield.

Marie is said to be in stable condition at the Dominica China Friendship Hospital.

CIBC FirstCaribbean announces the closure of its Dominican branch

In making the announcement which will take effect on 31st January 2023, Managing Director for Barbados and the OECS, Donna Wellington, noted: "Decisions like this are never easy, and never taken lightly, as we are mindful of the impact on our employees and our customers."

She continued: "We have made this decision in light of our stated strategy of simplifying our structure and following the sale of two of our businesses in St. Kitts and St. Vincent, in addition to the sale of our business in Aruba earlier in 2022."

Wellington noted that the bank is mindful of its continuing obligations to its team in Dominica and clients during the period of transition.

A 60-year-old man from a southern community in Dominica is now on $35,000 bail following two sex-related charges preferred against him by the police.

The accused man who now stands charged with Unlawful Sexual Connection (USC) and indecent assault against an 11-year-old girl appeared before Magistrate Michael Ladaut on August 29, 2022, where the charges were read to him.

Since the matter is an indictable offence, the accused was not required to enter a plea as the case is expected to be tried at the High Court before a judge and jury.

The incident is said to have occurred between August and November 2021.

At the hearing, the prosecution did not object to bail and Magistrate Laudat released the defendant on a $35,000.00 bail with a surety and certain conditions attached.

As part of his bail conditions, the accused is expected to report to the police station in his community every Monday and Friday and he was further ordered to not interfere with any of the witnesses.

The matter was adjourned to December 12, 2022, for Preliminary Inquiry (PI) to determine if there is enough evidence for the matter to be tried at the High Court.

Fans of 'African giant' Burna Boy, who is this year's headline act can look forward to night number two of this year's World Creole Music Festival (WCMF) as the Nigerian singer and songwriter will hit the big stage on Saturday night.

Discover Dominica Authority (DDA) destination manager Kimberly King made the announcement on Wednesday, August 31, while announcing the nightly lineup for this year's 22nd edition of the three-night festival.

The festival will close off on night three – October 30- with Trinidadian Soca star Patrice Roberts; Dominica's Cadence icon Midnight Groovers; well-known Haitian artist/band Enposib; Chire Lakay as well as French singer of Reggae-dancehall music Admiral T; another one of Jamaica's Reggae/Dancehall singers Christopher Martin and Reo who will be making his first appearance at the WCMF as a solo artist.

Season tickets will be sold at a cost of $375; however, patrons have the opportunity to take advantage of the early bird special of $300 until September 16.

Nightly tickets are also being sold at $150.

Tickets are available at Depex in Roseau, and at Bullseye in Roseau and Portsmouth.

Dominica, along with several other Caribbean countries, has signed an agreement with the African Export-Import Bank (Afreximbank), to advance trade relations between the Caribbean and Africa.

According to Prime Minister Roosevelt Skerrit, "the agreement will facilitate the establishment of new commercial and strategic relationships, lead to an increase in inter-regional trade and create investment opportunities for participating countries."

Other signatories include Barbados, St. Vincent and the Grenadines, Suriname, St. Kitts and Nevis, St. Lucia and Antigua and Barbuda.

The agreement was signed at the AfriCaribbean Trade and Investment Forum (ACTIF2022), which was held last week in Barbados, hosted by the Government of Barbados and the African Export-Import Bank.