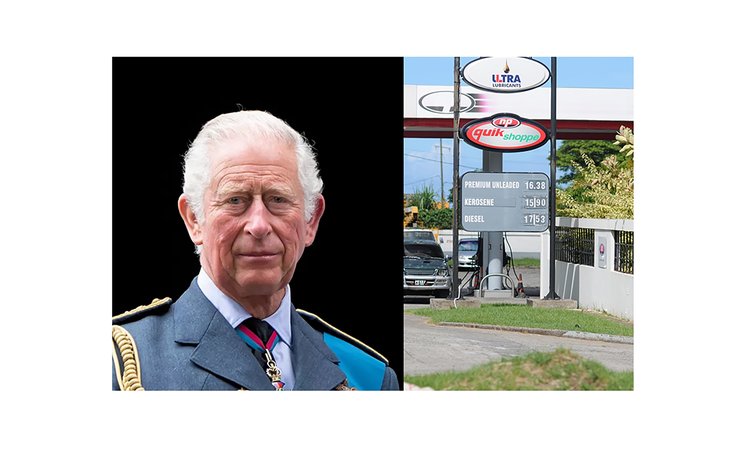 Two days of mourning for the Queen

In a show of "appreciation and respect" for the life and contribution of Her Majesty Queen Elizabeth II, the Government of Dominica, last week announced that Monday, September 12, and Tuesday, September 13, 2022, have been declared as two national days of mourning.

This comes following the death of the United Kingdom's (UK) longest-serving monarch, who died on September 8, at Balmoral Castle after a 70-year reign.

Prime Minister Roosevelt Skerrit conveyed condolences to the Royal Family and the Government and people of the United Kingdom by stating, "Her Majesty Queen Elizabeth II inspired respect around the world and conducted the affairs of the Commonwealth with grace and dignity for 70 years. Her passing marks a profound loss for the Commonwealth of Nations and the world."

As a further mark of respect, flags on all public buildings in Dominica were flown at half mast on the days of mourning.

With her death, her eldest son Charles, the former Prince of Wales, will lead the country in mourning as the new King and head of state for 14 Commonwealth realms.

A known individual to the court, Shane Edwards has once again appeared before a Roseau magistrate charged with battery on a female and also threats.

According to a report on Nature Isle News, the prosecution is alleging that on September 7, 2022, at Roseau "Sukie" as he is popularly known did beat a female.

They are also alleging that on that same date the now entertainer made threats to the woman saying " I have to shoot you."

During his court appearance last week, he pleaded not guilty to both charges and said he will represent himself.

The prosecution led by Inspector Francis Laville did not object to bail but asked for a proper surety. However, Edward told the court that he did not have anyone to bail him and asked for "self bail."

"I am a musical artist, can you grant me bail on my own recognizance, please…I can sign every day, I have so much money to make," he pleaded. He also told the court that he has a mental issue and needs "some evaluation".

But he was informed by the magistrate that he is of sound mind and that was not necessary. Bail is presently open for the artist, however, the magistrate advised that he would need a proper surety to be granted the bail.

Until then he remains on remand at the Dominica State Prison until September 15, 2022, when the matter will be heard for a preliminary inquiry.

A big reduction in electricity bill this month say DOMLEC

Acting Commercial Manager at the Dominica Electricity Services Limited (DOMLEC), Solange Aaron, has given assurance that come the end of September, customers of the electricity company will see a notable difference in their bills.

As explained, during the past few months, there has been a significant decrease in the cost of fuel surcharge, which started from 72.65 cents in June, 7q.45 cents in July, further decreased in August to 66.87 cents and 53.52 cents for September.

"The drop for September coupled with the fact that September is a 30-day billing cycle, consumers will absolutely see a very big drop in the cost of their electricity bill at the end of the month," she assured consumers.

Following a review of the petroleum product prices of gasoline, diesel, and kerosene for this regulatory cycle, by the Ministry of Trade, Commerce, Entrepreneurship, Innovation, Business and Export Development, the cabinet has approved a reduction in the sky-high prices.

"Notwithstanding these price decreases, the Government of Dominica will continue to apply measures to cushion the impact of increased petroleum product prices until the retail price of each product returns to below EC $15.00 per gallon," a government press release stated.

In honour of the late parliamentary Representative for the Grand Bay Constituency, Edward Registe, Prime Minister Roosevelt Skerrit has announced that a special facility of $1 million, will be made available to farmers in that constituency to help reduce Dominica's food import bill.

Speaking during a Memorial Service for Registe, who passed suddenly on September 1, 2021, Skerrit stated, "one of the things which preoccupied Ed's attention was agriculture and the need for us to grow more in the Grand bay constituency to ensure that we can not only feed ourselves but the nation.

"So I am saying to the parl rep and farmers of Grand Bay that a special facility of one million dollars will be made available to Grand Bay so farmers can rear more pigs and chickens and have more eggs in the community and ensure that we can supply to the abattoir and Dominicans can eat more of what we grow which will reduce on our food import bill and will allow us to keep more money in our pockets in Dominica," he said.