Dominica Last Week: Top four stories you may have missed 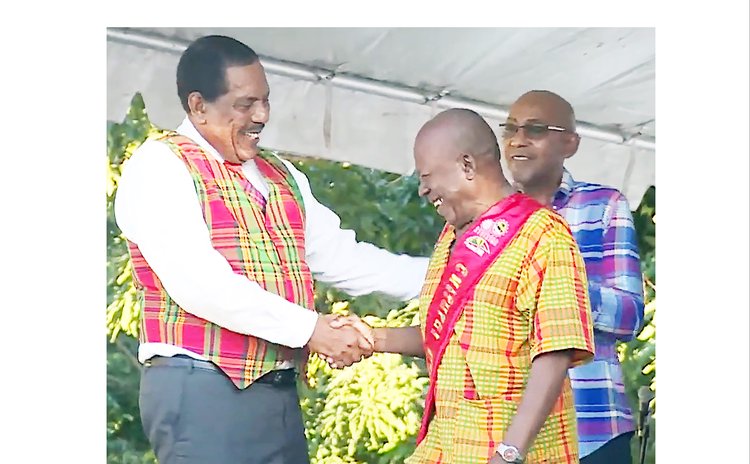 Despite much controversy, the government of Dominica has advanced with its plans to construct what is said to be, upon completion, the world's longest cable car in the Roseau Valley.

Prime Minister Roosevelt Skerrit made the announcement while presenting the feature address at the annual Diaspora Dialogue held at the State House Conference Center last week.

"We are also building, and it has started, the longest cable car in the world," he said. "That cable car will take you up to the Boiling Lake, creating more opportunities."

According to Prime Minister Skerrit, this is going to be a major attraction, "because there are a lot of cruise ships coming in, and this cruise season we are increasing the number of cruise passengers by 80,000 people coming out on the ships."

He stated the reality is that when the cruise ships arrive there are many people who stay onboard.

"Senior citizens may not be able to walk too much and may want to relax, but many of you here I am sure, most of you if you had the cable car now, you would go visit the Boiling Lake," he explained.

Furthermore, Skerrit pointed out that there will be many attendant benefits and opportunities.

During an interview with the Sun last month, residents of the area whose land the government will be acquiring expressed concern over the transparency in which the project was being done.

Alwin Bully receives another prestigious award for contribution to the Arts

This year he is the recipient of the 2022 Lifetime Achievement Award presented by the Earl Warner Trust "in recognition of his outstanding achievement in the Performing Arts and his ongoing advocacy for the Caribbean cultural expressions."

As part of the award, the 2022 Earl Warner Memorial Lecture entitled "The Sternest Passion: Alwin Bully and the Caribbean Cultural Renaissance" was delivered by another outstanding Dominican, Dr. Lennox Honychurch, Caribbean anthropologist, historian, academic and artist.

Dr. Honychurch gave the lecture on October 28 at the University of the West Indies, Cave Hill Campus in Barbados.

According to the Trust, the lecture will speak on Dr. Bully's "personal contribution to the Arts."

The Earl Warner Trust is a charitable, non-profit entity established to honor the memory and work of noted Barbadian theatre director and dramaturge Earl McDonald Warner.

Bully is also the recipient of the Doctor of Letters Honoris Causa from the University of The West Indies.

Over 120 small businesses and artists display products, and services at Ti Vilaj Kwéyòl

The products, skills, and talents of 120 small businesses and artists will be on display for the rest of the week during the first-of-its-kind 'Ti Vilaj Kwéyòl-Tout Biten Domnik.'

The four-day event which was officially launched on October 24- replaces the annual Creole in The Park (CITP), a precursor event leading to the World Creole Music Festival (WCMF).

Speaking during the official launch at the Botanical Garden, Tourism Minister Denise Charles expressed her jubilation for what she says is an opportunity that affords local entrepreneurs another platform to showcase Dominica's culture, music, dance, local products, and services to the world.

Expressing similar remarks, Trade Minister Ian Douglas, stressed that the event provides yet another opportunity for small businesses to showcase themselves to the world while informing enthusiasts on more of Dominica's local provides.

The trade minister opined that the Prime Minister has provided the vision in the Independence theme and a part of that vision is for agriculture to contribute 700 million dollars to GDP by 2030.

For her part, Parliamentary Representative for the Roseau North Constituency Melissa Poponne-Skerrit commended the Ministry of Tourism for "reinventing" what was previously known as 'Creole in the Park' and "taking this event to another level of cultural creativity, fun and excitement."

Henry George of Trafalgar is the Cultural Elder for 2022

Former teacher and politician Henry George has been awarded as cultural elder for the year 2022. The announcement was made at Heritage Day celebrations held at Trafalgar last Sunday.

"Upon on identifying the lack of cultural activity in the community, Mr. George devoted his life to community development," Acting Chief Cultural Officer Earlson Matthew said while presenting the citation. "There was a small cultural group and although he was not a full-time member he participated when possible."

According to Matthew, the cultural elder would ensure that trees were planted, drains cleaned and roads rehabilitated throughout the community.

He indicated that George's participation in community projects contributed towards the development of Trafalgar and having a positive impact and facilitating significant changes.

As a teacher, he encouraged the youth to be more community-oriented. He was able to initiate different houses for the school and name them after persons in the community, namely Jno Baptiste House after Cuthbert Jno Baptiste, Gabriel House after Louis Gabriel, and George's house after himself.