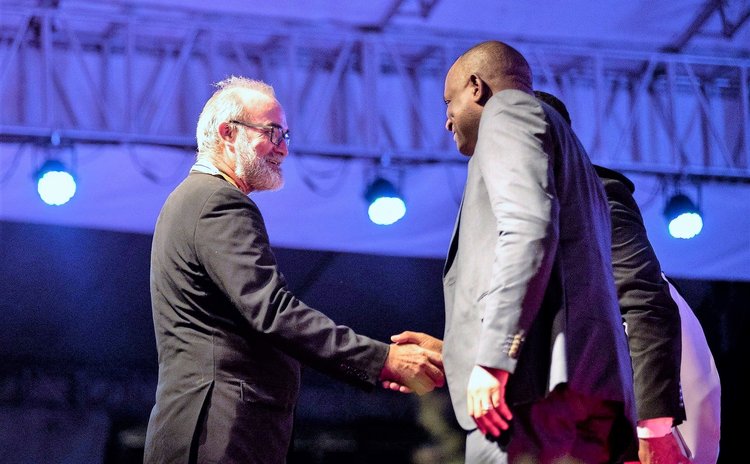 On November 3rd 2018 during the Parade of Uniformed Groups marking Dominica's 40th Anniversary of Independence, 20 people and one business received meritorious service honours for their outstanding contribution to Dominica.

With the usual pomp and ceremony, last week the MV Celebrity Summit of Celebrity Cruises arrived at the Roseau Cruise Ship Berth marking the official beginning of the 2018 to 2019 cruise ship season. MV Celebrity Summit is scheduled to make nine calls during the season. Tourism officials said a total of 189 cruise calls are projected for the cruise season which equates to approximately 304,031 cruise passengers. This year Dominica expects to welcome nine new cruise ships.

Prime Minister Roosevelt Skerrit said his government is prepared to take legal action against Ross University medical school about the ownership and occupation of buildings on land at Picard, Portsmouth that had been leased to the US offshore medical institution that relocated to Barbados a few months ago.

Speaking at a meeting with Dominicans residing overseas who returned to Dominica for independence celebrations, Skerrit said: "The campus belongs to the state. A lease agreement was entered into between Ross University and the government of Dominica leasing the 27.2 acres to Ross and in that lease it states very clearly, and even our existing laws make it very clear also, that if you are leasing property and anything they build upon it, it will belong to the owner.

"So we really want Ross to hand over these buildings to us sooner rather than later. The Attorney General (Levi Peter) is in discussions with them and the sooner they can get out, the better for us. If they do not want to move when we want them to move we will take them to court, as simple as that."

At that meeting too Prime Minister Roosevelt Skerrit has vowed to defend the right of Dominicans who live overseas to vote in elections in Dominica.

Skerrit said: "Let me tell you something, as long as I will be prime minister of this country and from what some people are telling me, it will be for a very long time to come, we shall defend your right under the constitution of Dominica, to vote in Dominica's election.

"We will defend your right because it is a right and there is no institution in this country that has any legal or constitutional authority to remove your name on the voters list unless you are a dead person in Dominica because voting is too much of an important, fundamental right."

Skerrit added: "People die to vote, people shed blood to vote and we want to go back to the days when only land owners could vote? No way!

"We making progress and we have to be progressive in our thinking and we cannot go back to old days. Those who want to go back to the old days, will stay where they are and we'll continue to move forward."

Based on the Registration of Electors Act although someone's name may be on the elector's list, he become disqualified to vote if he has been absent from Dominica for more than five consecutive years.