Dominica makes entry into the Olympics 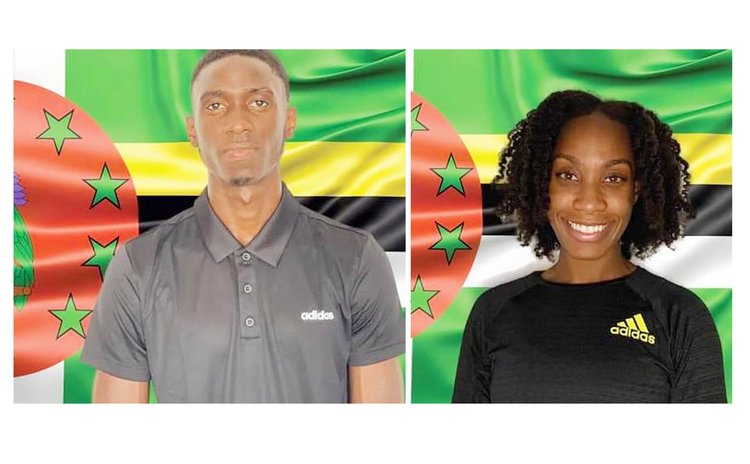 Thea Lafond and Dennrick Luke, two athletes who know a thing or two about making history for Dominica, will be the ones representing the island at this year's Tokyo 2020 Olympic Games.

Dominica will compete in the sport of athletics, with the 2018 Commonwealth Games bronze medalist, LaFond who created history by becoming the first Dominican athlete to win a medal for the country at the games in the women's triple jump event.

Lafond who hails from the community of Mahaut, but is currently based in the United States of America unleashed the jump of her life earlier this year and in the process smashed her outright national record to secure her position in the discipline of Triple Jump with a personal best of 14.33 meters in February 2020.

Lafond is currently ranked number 12 in the world among her fellow Triple Jump competitors and will be the first female Dominican athlete to compete in two consecutive Olympic Games.

This isn't the only time that the 26-year- old has placed Dominica in the limelight for her skills.

In 2019, she set the Organization of the Eastern Caribbean States (OECS) outdoor record of 14.38m, before sustaining a season-ending injury. Getting back to the track, in February 2020, she surpassed the Olympic standard by a centimetre and became the first woman from the OECS to make the Tokyo 2020 standard.

Though the pandemic slowed her down last year, in an earlier interview with the Sun the high school teacher revealed that she is ready for this year's game which she's been preparing for, for the past five years.

Luke who hails from the second town of Portsmouth will also be joining Lafond to compete for Dominica, becoming the country's first 800m runner competing at the Olympic Games since 1996.

Currently completing his tertiary education in Jamaica, he secured a universality placement in the discipline of 800m. Despite not achieving the qualification mark, the International Olympic Committee Games regulations, which support the development of participation of all national Olympic committees, allows for the placement of at least one Athletics athlete in each gender if none can achieve the qualification mark which is referred to as the Universality Placement.

After a lengthy process conducted by the Dominica Olympic Committee (DOC) and the Dominica Amateur Athletics Association (DAAA), guided by the rules of the World Athletics Organisation, Luke was determined the most suitably qualified candidate for the Universality placement given his ranking in the 800m by the World Athletics body, his vastly improved performance over the past 12 months which saw him not only achieve a personal best but also consistently maintain this mark, along with other factors.

"Despite the restrictions that may be in place due to the Covid-19 pandemic that may prohibit the loud, verbal support we would like to give at the Athletics arena, we would like to assure Thea and Dennick that not only the Dominica Olympic Committee but the entire country, will be supporting you as you step onto the biggest athletics stage," the DOC said in a statement.

The Olympic Games will commence with an Opening Ceremony on July 23 and officially end on August 8th, 2021. Both athletes are expected to compete in the first round of their events on July 31st.